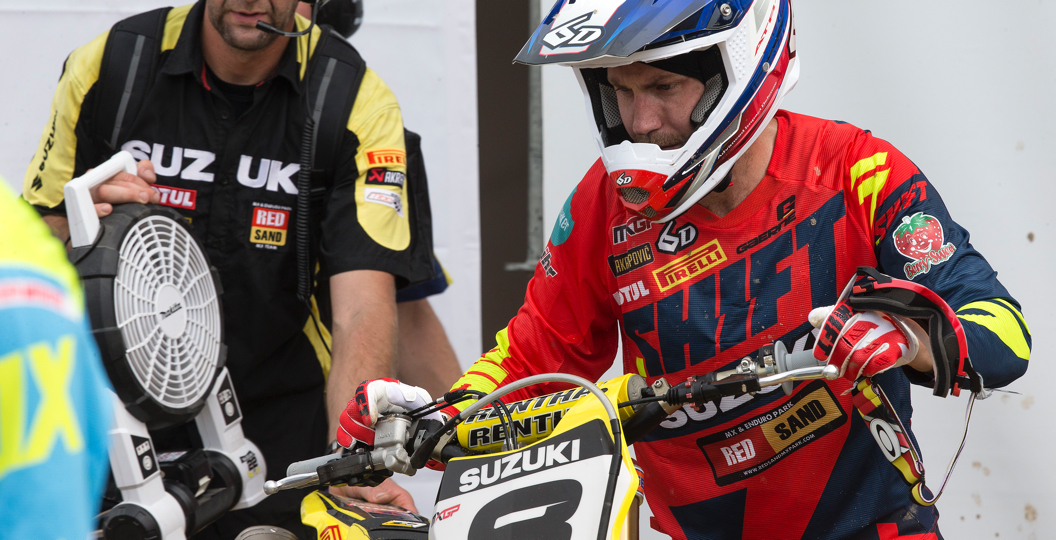 Remember Ben Townley? Of course you do! The New Zealander dropped out of the FIM Motocross World Championship with internal injuries following round twelve of eighteen and, after sticking around for a handful of weeks, ventured back to his homeland. Townley made it quite clear in an exclusive interview that he would not return to racing at the highest level in the USA or MXGP, but he has been tempted by the domestic scene in the past.

Armed with a borrowed Suzuki, Townley was dominant in every race that he contested at the Winton round of the New Zealand Supercross Championship last night. Cody Cooper stood next to him on the podium, thanks to a consistent 3-2-3 scorecard, with Josh Coppins on the lowest step. Coppins took a fifth, third and second in the three heats.

Townley has various duties to fill in New Zealand in the coming months, as he is a brand ambassador for Suzuki and in the process of setting up his own trail-riding business. He has also vowed to find time to compete in a handful of select events.