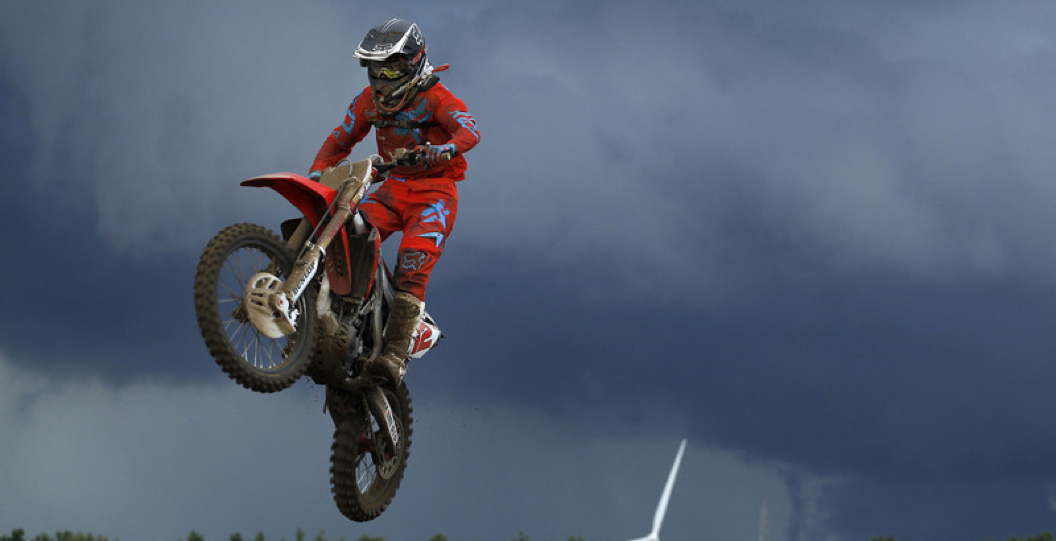 The MXGP of Belgium started in the best way for Team HRC as Max Nagl took the holeshot in race one, leading through the first corner after another blinding start.

After yesterday’s busy track schedule, Lommel had become characteristically rough by the first race today, and as Nagl predicted after qualifying it became a test of physical endurance. The order of the top ten was shuffled regularly, and although the lead trio broke away from the pack battles were waged further down the order and, fighting hard, Max came home a respectable sixth.

Max’s start in the second race was not quite as strong and the No.12 rider found himself lying in fourteenth, in the melee of the pack. He fought up to twelfth, but as the deep sand became rougher still, so too did the physical challenge. Holding out as long as he could, unfortunately Max was forced to retire on lap eight suffering symptoms similar to last year when a virus befell him mid-season.

Choosing to pull out of a Grand Prix is very uncharacteristic of Max, so indicates the potential brevity of the situation. Consequently, he will visit specialists next week to assess his condition, and an update will be provided once available. There is now a break in the calendar until the GP of the State of Goias at the start of September.

Max was due to ride the new Honda CRF model range in Malpensa this coming week but this situation has unfortunately overshadowed that, although fellow HRC rider Tim Gajser will be present to experience the new MXGP-derived CRF250R and CRF450R machines alongside leading European journalists.

“Yesterday was already really hard in terms of getting the bike set up for the deep sand conditions. Normally I really enjoy riding the sand but this time was very difficult. I had a good start in the first heat with the holeshot and I was happy because Saturday felt much worse. My start was not great in the second moto and I don’t know what happened then; I had so much pain in my legs and across my body and I could not hold the bike any more. I tried doing one lap very slowly to try and recover but I didn’t get any better. I tried to push but lost grip of the handlebars three times. There is nothing you can do when your body is so tired. I will go this week to a specialist place in Germany where I can make some analysis because the situation today was not normal. This track is heavy but when you are an athlete you should not need to pull out. We are all training hard and well so we need to check what is wrong.”

“In the first moto today Max had a very good start and took another holeshot so it was looking good, but then in the second race it was clear something was wrong with his condition and that he was struggling. It’s not like Max to pull out of a race so we must now look at his condition with the specialists and see what happens next. Meanwhile we are preparing more improvements to the bike in the next month without any Grands Prix so we keep pushing hard for Brazil and Mexico to finish the season strongly.”

“The first race started well but then you could see that Max wasn’t going forward as you’d expect him to in the sand, and immediately after he didn’t look like he’d weathered the race well. Yes he’s missed time on the bike through injury this year, but Max is not a quitter, and he will not quit a Grand Prix unless there is something wrong. He doesn’t pull out of races unless something is broken, he knows that, so for him to do that today shows that he has a problem. The symptoms are the same as he experienced last year, so this week he will go to see specialists in Germany to get their analysis.”