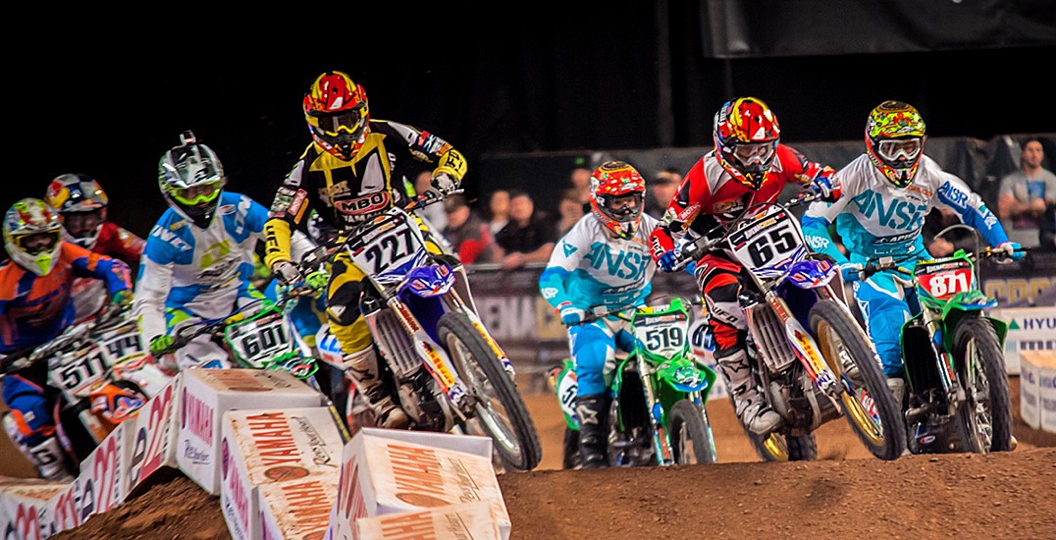 Arenacross is back! And for 2015 it’s going to be bigger, better and – dare we say it – AXier than ever before! Storming into seven arenas for a eight-round series in the New Year, the Garmin Arenacross tour 2015 promises to elevate the sport to a new level!

2013 saw a four date arena tour, 2014 grew to seven and now for 2015 we have gone large and thrown an eighth round in to the mix. Using top flight UK venues the amazing 2014 Garmin Arenacross tour will continue to treat fans to that unforgettable show experience with Freestyle Motocross and a mix of top-flight Pro and youth racing.

For 2015 we’re continuing to build on the experiences of the last two years and taking the tour to two amazing new venues and rolling out an eight-round series that starts in a new venue in Manchester finishing at Sheffield, the home of British Indoor Motocross. Between the two the 2014 Garmin Arenacross tour will visit London, Belfast, Birmingham, Newcastle, Glasgow Newcastle and finishing in Sheffield.

“After the success of the winter’s increased the Garmin Arenacross series it made sense to take the tour to just one more, including a round in Scotland and I’m really pleased to have added Manchester as the first round,” says Matt Bates, MD of series promoter e22 Sports. “We’re aiming to hit 50,000 spectators over the winter in a showcase of indoor racing and Freestyle.”

The 2014 Garmin Arenacross tour was a high-octane family spectacular and built on the success of 2013, continuing to sell out arenas across the country and combining sporting action with an incredible show to keep the fans on the edges of their seats. The series has expanded once again and is set to continue to wow the audience.

Dates and venues are:

Ticket prices start at £10 for children and £19 for adults.
Family tickets are available from £49.

The 2014 Garmin Arenacross tour was an amazing success, selling out venues across the country and showing new and established fans the true potential of the sport. And if you took in a show last year, prepare to have your mind blown all over again in 2015 as e22 Sports take’s it to another level altogether.