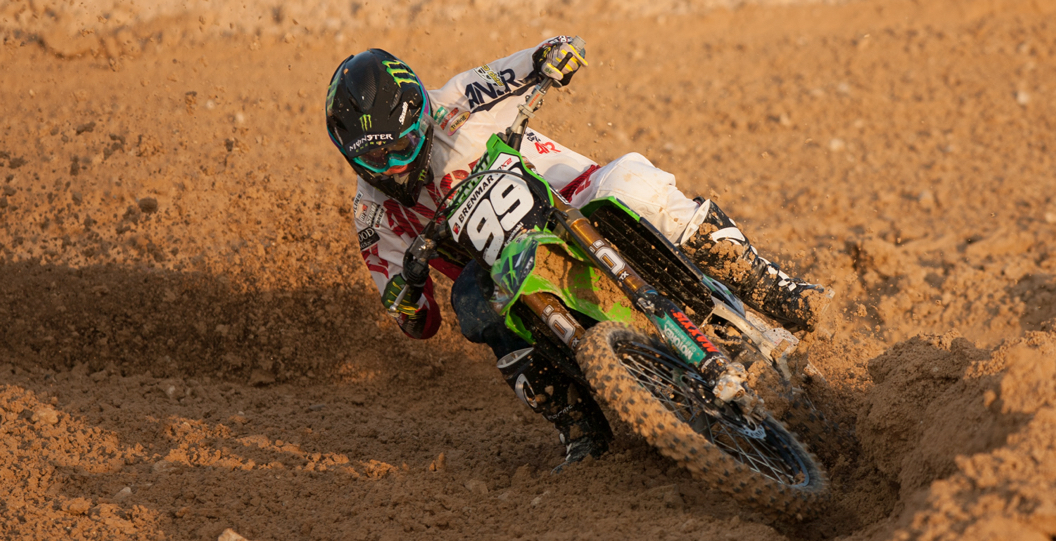 Anstie out for Thailand

Unfortunately Max Anstie will miss the GP of Thailand this weekend, after injuring his foot, among other things, at the opening round. The DRT Kawasaki team manager, Steve Dixon, released this statement:

“Unfortunately on Saturday through no fault of his own another rider stalled in front of Max, causing him to cut his foot open on someone the riders footpeg. Max required stitches and painkillers to ride, causing a lack of feeling in his foot. In the second race Max crashed on the double jump, luckily only leaving with internal bruising and ligament tearing. Max and the Team have made the decision that riding this week could result in a much longer time out, but with some care and physio Max will hopefully be strong and back for the first round of the Maxxis British Championship or Argentina.

We are really happy with Max’s speed and this is a real shame but it’s a long season.”