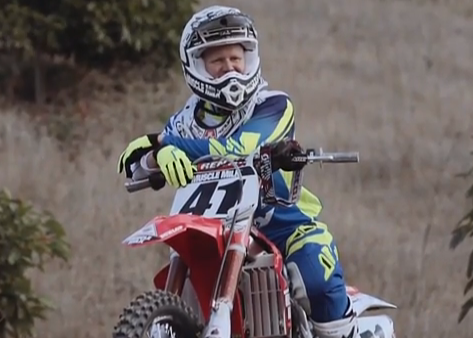 Meet the team for 2014! Trey Canard and Justin Barcia talk about their expectations and what it means to ride for Team Honda Muscle Milk.

Team Manager Dan Betley talks about both his riders and while Canard will miss the first couple of rounds with a broken arm, Justin Barcia states clearly that he wants to be 450SX Supercross champion.

Of course, Honda was the dominant team in the 80s and 90s. However, they haven’t won a supercross championship since Ricky Carmicheal’s hard fought victory over Chad Reed in 2003. For 2014, they hope Barcia and Canard (alongside Tomac on the Geico team) will bring a return to the days of regular Honda victories and championships.