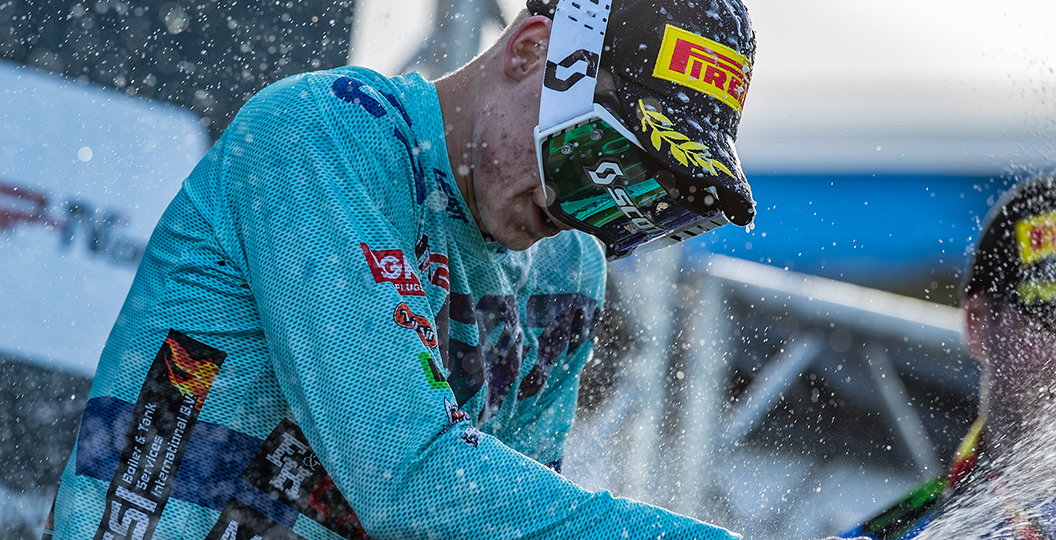 Mikkel Haarup was arguably the biggest surprise at the opening round of the 2020 FIM Motocross World Championship. The fact that he was so fast and competitive was not a shock, of course, but he was so solid en route to third overall! It seems that the F&H Racing Kawasaki MX2 team has worked wonders yet again. MX Vice editor Lewis Phillips caught up with Haarup on Sunday evening to discuss such a positive start to the next chapter.

MX Vice: No one knows how they are going to do at the first round, but you made a bit of a statement. Fastest in qualifying. Two thirds for third overall. A lot of thirds today! I guess you can’t be any happier with that. It’s only the first round, so you will take it.

Mikkel Haarup: Yes, of course. I came here and was just hoping for a top ten. To be fastest in qualifying and then do two top-three races was unbelievable. Now we just try to keep the head down and focus on Valkenswaard next weekend and not get too excited. Just like you said, it’s the first round. I enjoyed this race a lot. The weather was a lot better than I expected. All in all it was a perfect weekend for me. I couldn’t have asked for more.

Did you expect yourself to be up there coming in here? You have always been fast. You were fast enough last year, you just had a few too many crashes. You were fast here in the EMX250 the year before. I think you won a moto pretty good. I guess you came here and expected yourself to be there or thereabouts?

I think everybody knows that I’ve always been very quick…

Exactly. Sometimes too quick. There are a lot of things that play a part in a game like this. I’ve been focusing a lot on the mental side and it paid off today. It was difficult to keep calm, because qualifying first everybody is happy. It’s very important to stay focused though. I feel like I managed that this weekend.

What about the F&H Racing team? People might think that you have come off of Rockstar Energy Husqvarna Factory Racing, so maybe you are taking a step down, but their bikes are really good, right? Like really good.

Yeah. Many people think that it was a decision from their side, but to be honest it was something that I decided myself. I had been together with IceOne for four years. It was time for a change. At both Husky and Kawasaki everybody is really happy for me. It was a decision I made myself and I’m really happy with the change. I feel like F&H Kawasaki is doing a super job and everybody is very happy. It’s like a family for me. Just looking forward to more racing this year and hopefully we can get another podium.

It’s good just to be able to ride and test with other MX2 riders, isn’t it? Riding with Pauls [Jonass] and Arminas [Jasikonis] was great, but it’s not exactly helping you when you get to tracks like this.

No. That’s been one of the biggest opportunities for me during this winter, because last year of course there were tracks where I could beat them. This year you have somebody to spar with a little bit. You can see where the speed is at. I feel like all three riders are really quick in our team, so we have been pushing it all winter. The speed, that we were one-two in qualifying, was not a surprise for me to be honest. Of course it takes a lot more than just speed to be on the podium.

How has Marc de Reuver been? Has he hit you yet [laughs]?

Not yet. I think we started off great so he is happy. If you start doing a lot of bullshit of course then he will tell you immediately, which is great. So far I just try to keep focused and then everybody is happy. You just try to do your best.

Moving on from here you could obviously start looking at moto and overall wins, because you are capable, but I guess it’s just a case of stay calm and take what you can get. If that is a seventh next week, then it is a seventh.