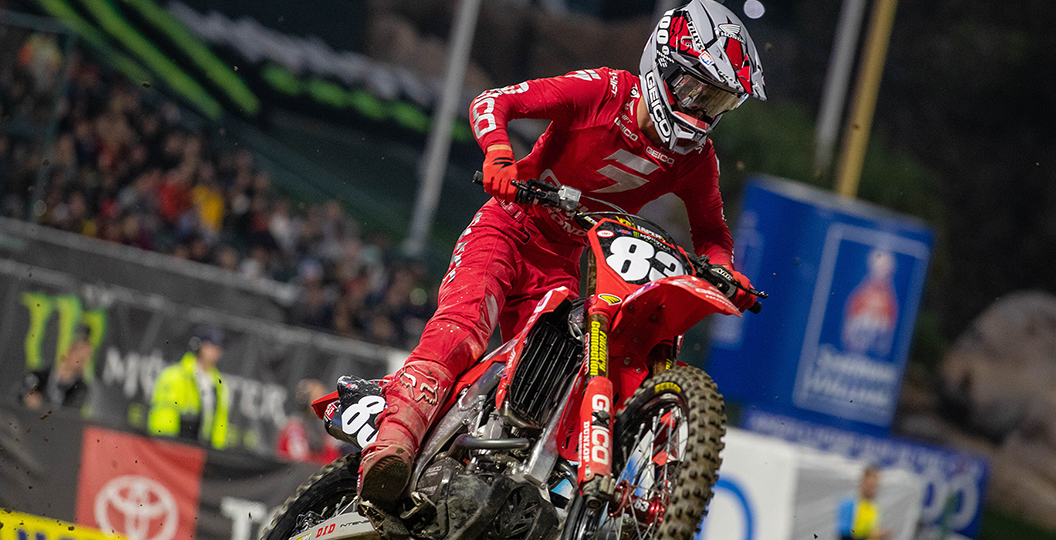 Jett Lawrence finally made his Monster Energy Supercross debut at Anaheim 1 but it was not necessarily a smooth experience. A bout of food poisoning threatened to ruin everything – he even had to miss press day on Friday – yet he still pulled through and salvaged a ninth. It was certainly not a bad start to his indoor career. How did he feel though? This exclusive interview with Lawrence was recorded at Angel Stadium on Saturday night.

MX Vice: You came in with food poisoning. It sounded pretty rough, so to come out with a ninth and no injuries… It is kind of just like a nice debut. Nothing major happened. You got points and you are moving on.

Jett Lawrence: Yeah. It was definitely a struggle today. I was having still stomach cramps. I had to take a few runs to the toilet. I think that was the hardest part of today, really, just trying not to basically leak at all. At least I know where I’m at now and hopefully now I can just improve really. Just go up the ladder more and more. Hopefully by the end of the season be up getting podiums, wins and running with the top boys. I just got pretty lucky.

I had a few crashes in practice, but I got pretty lucky with those. Luckily no injuries. We’ll wait and see tomorrow. I think I’m going to be pretty sore. We’ll just have to wait and see. I’m fairly happy with this. Obviously as a racer you are never really satisfied until you win, really. I’m just going to try and keep my head up. Just use this frustration during the week and just focus mainly. Make sure I get better and better.

Do you know what you ate to cause the food poisoning?

I had Chic-fil-A on Thursday night. We were coming back from Fox. I was at that Real Talk 447 podcast and coming back with JJ O’Mara [Johnny O’Mara’s son]. We were on the pump track hanging around that and we were pretty hungry after that, so we got Chic-fil-A. I ended up waking up at one in the morning throwing up and having diarrhoea. Bit of a crappy situation, but it is what it is. Kind of sucks. At least we are through it now.

Did anything surprise you about the whole supercross experience today? It looked like you were pretty chilled out the whole time or as much as you could be when you were trying not to leak. It didn’t look like you let the whole thing get on top of you.

I was just mainly trying to have fun. I’m kind of going off of six to seven hours of sleep. I’m so tired and just fatigued. I could barely eat anything today. I’m going off a half a bowl of pasta, two bites of a Muesli bar and probably four water bottles just with electrolytes in it and some pills to help my diarrhoea. I’m definitely feeling it right now. Just hope that I can make it through the night without anymore leaks.

The track was pretty gnarly too for A1. A long set of whoops, as you found out in practice when you hit the dirt.

Yeah, that’s for sure. They were a little bit different because they were really fast but they were so close together, so you could skip one so easily. I ended up skipping a lot of them and kind of front-flipping there straight onto my back. The track was definitely tricky tonight.

Moving forward through the series… You believe you can podium, win and all of that? You have got no confidence issues. You know what you can do, so it’s just a case of doing it.

Yeah. It’s the same as 2018 really with EMX. The first round I didn’t qualify and at the end of the season I went 1-1, so hopefully I can just do the same as that. I definitely have enough talent for it. I have a great team, great bike and a great trainer. I shouldn’t really be out of the top five, but we are just going to wait and see. 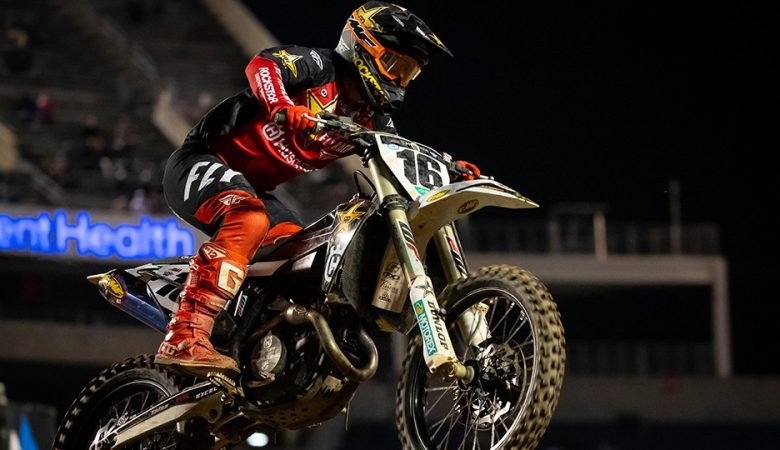 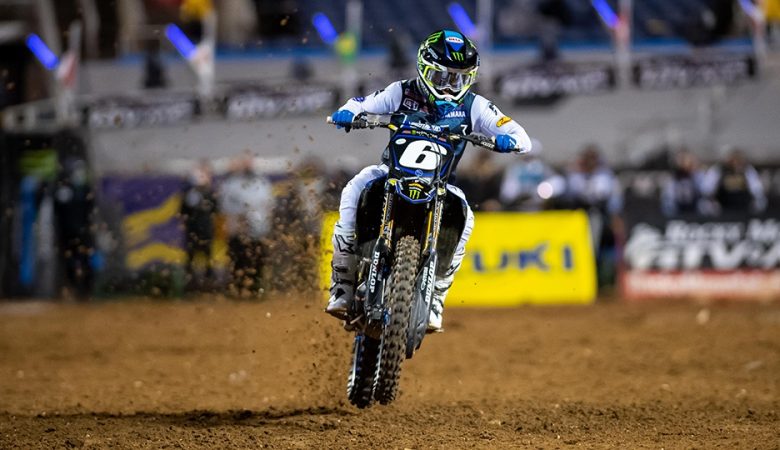