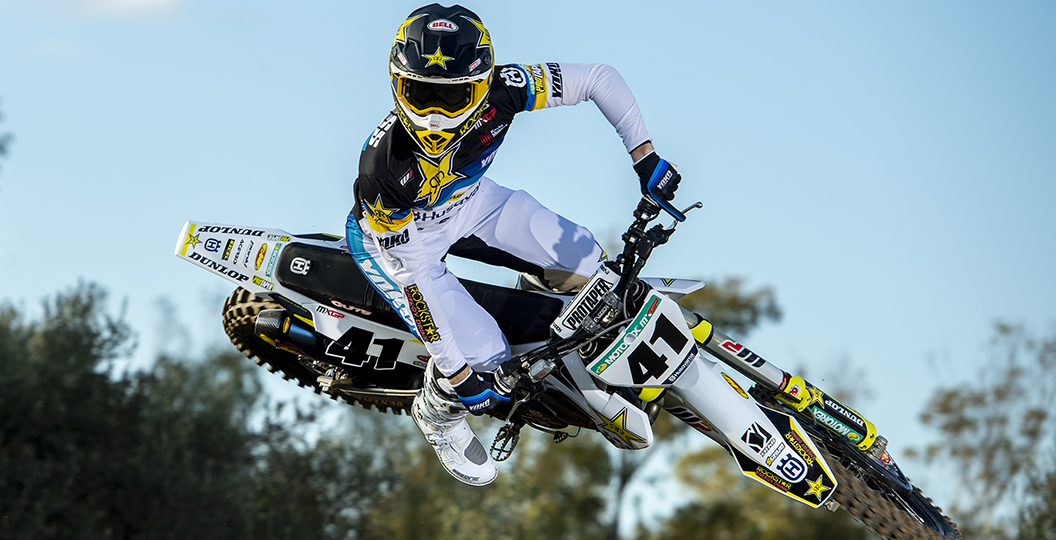 The injuries that Pauls Jonass sustained towards the end of June were well-documented, yet it seems that no one actually knows quite how serious they were. Now, one month on, Jonass is in a rehabilitation centre and trying to play everything by the book, as anyone would with a back injury. What does that mean for his immediate future? A return to Grand Prix will happen in the second half of the season – October seems as though it would be realistic – and at that point he will also be racing for a deal, as his future with Husqvarna has not yet been confirmed. There is plenty happening in his life, hence why now seemed like a good time to fill everyone in.

MX Vice: It has been a couple of weeks now, but just talk us through the injury and how it happened. Was it a big crash or one of those silly little ones that ends up being costly?

Pauls Jonass: Tomorrow will be one month since I had the crash, and this has been one of the toughest months of my life. I crashed in Latvia, at a track not far from my home, and it was a unfortunate crash. I kind of lost control in the air, went over the bars and then after that I don’t remember anything until I was laying on the ground. I went to the hospital after the crash and they did all kinds of checks, so they found two fractured ribs and five spinous processes in the back. I stayed in the hospital for ten days, mostly laying in the bed.

I could not do much – the ribs had to heal and also the back. I went straight to a rehabilitation centre after that and we did a few more checks while I was in the hospital, because I had a feeling there was something else wrong. They found a few more things in the back, in the end, and they need some time to heal, so when I go walking around a little bit I wear a corset to keep my back straight. I have to wear a neck brace for one more week too, to make sure all of the ligaments and vertebra stay in the same place.

This is gnarly then! Broken ribs are painful enough, then add in the back stuff too. This must be the gnarliest thing that you have been through?

Yeah, for sure. The ACL was not great either, because it took time. It is just a knee with the ACL though, but you have to be so careful with the back. That is why we did all the checks that were possible and pushed the doctors to do even more – I did not want to miss anything that was wrong. I am seeing so many people in a wheelchair in this rehabilitation centre – it is tough. This is the worst injury that I have had and this is the worst possible timing too. I felt like I was in the best shape that I have been in during my 450F career, and I felt really great on the bike.

That bad crash happened and now I am way back behind everyone else. I am just trying to get my back sorted and do as much rehabilitation as possible. I have been in the rehabilitation centre for three weeks now and am doing as much physiotherapy as possible, plus as many treatments as I can. It is more like a working day! I wake up at six in the morning, go for a walk and then do all of the treatments until like five in the afternoon. It is quite a busy day! I am doing everything possible to be… I need to get back on my feet first, but then I will get back on the bike as soon as possible.

I heard that you would be back in MXGP in September, but that seems like it is too close. Is this going to be a while?

Actually, what you are saying is right. The raw speed was better – I was just feeling so much better overall, physically and everything. I think that showed in the speed, but I did not show it in the results. I crashed in every single moto. Some of those crashes were because of being in the wrong place at the wrong time, but mostly it was because I wanted it too much. I wanted to show everyone what I was capable of and it just went wrong, so those small mistakes ended up being crashes.

You are close to the promoter of the Latvian Grand Prix, so do you have any idea what track changes they are planning to do? Has anyone asked for your advice?

I have been talking to him quite a lot lately. There is just one day of no riding between the first two rounds, with the EMX guys too, so they cannot change a lot. I think the changes will be quite small, like putting bumps in some other places and making jumps a little bit different. They will not be massive though. I heard that they wanted to change the direction of the track to begin with, but I think they spoke to the Infront guys and decided that the take-offs of the jumps would be really soft. There would only be minor changes.

Yeah, and I guess they would normally get someone like you in to test the track and see if it all flows nicely. This time they would just be making everyone race on it straight away and hoping for the best.

Yeah, that is for sure. I think that it would not be too difficult to change the direction of the track – the only problem is that the take-offs of the jumps would be too soft. It would just make the racing more dangerous, which no one really wants at this point.

Your contract is up at the end of the season, and it was announced this week that AJ has re-signed. Do you have any idea what you will be up to in 2021?

No, nothing is clear yet. The crash and everything came at the worst time possible, like I said. My contract is up this year and I did not show good results at the beginning of this year. I feel that there is a lot left in me, and I can really be a top guy. I am just really focussing on my recovery now, so that I can be at my best when I come back and get the best results. Now that the contract talks and everything are happening, I am just letting my manager do that. I am trying to just do my rehab now and not think about those things. You know, when you start to think about that too much then your mind goes around so quickly! It makes it hard to focus on one thing.

It sounds weird, because you have not actually got one yet, but you had podiums last year and battled with the top guys. Your first MXGP win may not actually be that far away, once you are healthy.

For sure. For sure. My goal is to win, of course. That is what everyone wants to do, their best. For now, I am focussing on rehab and thinking about my future plans, like where I can be and what I can do to get better. I believe in myself and I am sure that the win is not too far. I think I can be a top-three guy in MXGP.