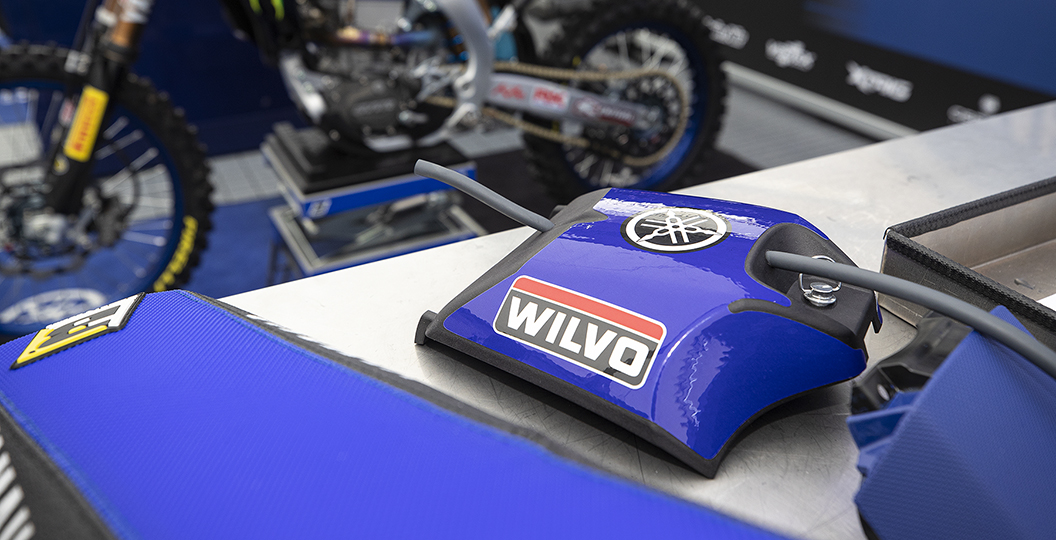 Louis Vosters may not be a name that most fans are too familiar with, but he is a powerful figure within the Grand Prix paddock. Vosters has supported countless riders and teams through his company of Wilvo, and now heads the Monster Energy Yamaha Factory MXGP squad. Gautier Paulin, Arnaud Tonus and Jeremy Seewer currently sit beneath his wing. Vosters explains how he ended up in that position and offers up an opinion on the current situation in his first appearance on MX Vice.

MX Vice: Where did the desire to get involved with an MXGP team come from? You did not own a team right out of the gate. You were first involved as a sponsor and that gradually grew, so where did the idea come from?

Louis Vosters: The story is actually a little longer and more complicated than that. After I stopped racing myself, as an international rider for 15 years, I sponsored several riders and teams with my company, Wilvo. I think it was ten years ago that I got involved in two teams, one in MXGP and one in MX2, as a title sponsor. I was really close with Aleksandr Tonkov for several years as well, so there is a history for me in motocross.

Well, that is the thing. One of my first memories of Wilvo is that you seemed to follow Tonkov. Thinking about it now though, a Russian and a Dutchman is quite a weird combination [laughs].

I was involved with Jacky Martens and his team for, I think, 15 years. I was also a personal sponsor for some riders and teams before, so I was involved as a sponsor for a long time after I stopped riding. I met Aleksandr when he signed for JM Husqvarna Factory Racing. I helped Jacky with his team and everything for several years, then the relationship with Aleksandr became more intense.

When you got involved as a sponsor then, did you always plan on owning your own team one day? Was that always the plan or were you happy with just being a sponsor to begin with?

No, it was not the goal at all! Not at all! I met my wife, Lia, in high school, so she was with me when I was racing myself. She knows the motocross life and world. She always warned me to never start a team on my own, because she knew how complicated it would be and how much energy that it would take. The opportunity came at the right moment and I just jumped on the train!

Yeah, so 2017 was your first year with your own team. How was that? You just said that you knew that it would be complicated, but was it made easier by the experience that you had with Jacky [Martens] and Tim [Mathys].

Yeah, actually. Yamaha and Tim approached me in 2015, so we started in MX2 in 2016. I owned 50% of the team with Tim in 2016. I was really involved there and organised myself as a team owner. I was already quite surprised by how much work it was at that point, especially in the winter. Afterwards, when I was completely on my own, it was even more work. I am even surprised by how much work it is now, especially during the wintertime! It was quite a smooth transition though.

You knew you were going to become a factory team as far back as 2018, so you had time to plan for this. Were you told that you had to have certain things in place in order to become the factory team though?

Not at all! I was running my team, as well as being the CEO at Wilvo, for several years. The company grew to 240 employees, so I was always busy with the team and busy with Wilvo. When I got the news that I would run the factory team from 2020 on at the British Grand Prix in 2018, I decided to stop as the CEO at Wilvo and only focus on the factory team. I am still connected to the company as a shareholder and I am in the supervisory board though. I am happy.

Once you had started to focus just on the team, did you wish that you had done that sooner than that? Did it make your life a lot easier?

Not really. I also enjoyed the period before, and I had the feeling that I was not ready with Wilvo. It was the right moment for me.

Being a factory team, how much does that change things? I would imagine you are more involved with the Japanese now, plus the Rinaldi guys are in the background. Do you have the same amount of control and freedom as before?

We were an official team before, but this has not changed stuff for us too much. We have bikes that are completely factory, of course, and 15 team members. The relationship with Yamaha and Rinaldi is really intense. It just feels like a Yamaha family, with professional people in the background. The collaboration with Michele Rinaldi is also really positive.

I guess that is the thing. You could not ask for more experienced people in your corner. If a problem comes up, then chances are that Michele has dealt with it in one way or another!

Yeah, that is true. I am happy with the current situation and the people who support me, both from Yamaha and Rinaldi.

What did you think of the first two rounds and how your three guys performed? Gautier [Paulin] was solid and exceeded expectations, Arnaud [Tonus] came in a bit injured so it is what it is, and Jeremy [Seewer] was on fire at Matterley Basin. Were you happy?

Not really. We have only had two rounds, with tough circumstances at Valkenswaard. Matterley Basin was quite solid. Jeremy did really well there, especially in the second race without a rear brake. Arnaud was struggling with the thumb injury that he sustained in the pre-season as well. Overall, it was a little bit up and down. I am not really happy, but we have to deal with it. It was only two rounds.

Jeremy was on your team in 2018, then moved to the factory team last year where he gained a lot of experience and confidence. Have you noticed a difference with him this season? Has he returned to you surer of himself compared to the rookie that left your team?

I see and feel that he has more confidence – he is stronger on the bike and on the technical side he made an extra step. For me, he has improved a lot. It is really good when I see him riding now and I am happy that he is back.

We would already be halfway through the 2020 season now. There have been a lot of rumours about what is going to happen, like double headers or only racing on a Sunday. What would you like to see to finish out the season?

I would be really happy with 12 rounds, and the idea about two races in one country would be positive. No overseas races. It is really important for the brands, riders, teams, promoters and of course our sport that we can do some races this year. It has to be safe and justified though.

It is not like money is the issue for you, with going overseas, but you still think that not having those races is the right thing to do, right? Twelve rounds in Europe would make you quite happy.

Yeah, that is true. It is not like I am only looking at myself or my team. For me, it is about the sport overall and the other privateer teams. Staying in Europe for 12 rounds would be perfect for everybody. It will be a busy end to the year – I want it to be that! To be honest, I cannot wait until we start up again. I really hope we do that. I am looking forward to it.

Finally, what about the idea of handing out points at the MXoN? That is actually big for you, with Gautier being on your team. The MXoN is really important to him and in his home country too. It is complicated!

Yeah, but I cannot just look at my riders or my team. In my opinion, it is not a good idea. It is too complicated to make it fair. It would not be my choice, to be honest.