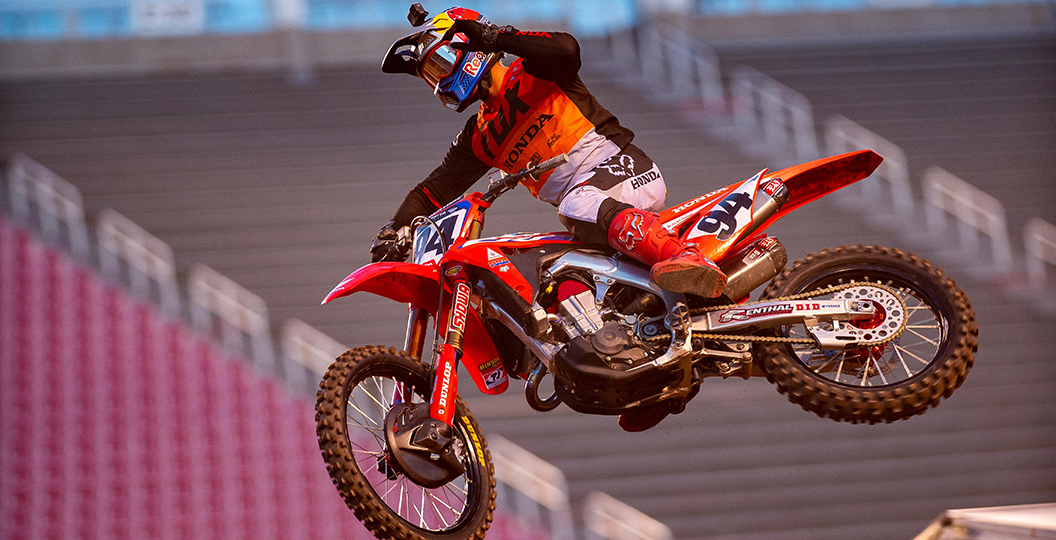 Hot on the heels of the Honda HRC statement below, Ken Roczen has released a more detailed account of what is going on. Roczen has revealed that he is suffering from a breathing issue, following an illness in the off-season. The statement from his social-media channels can be viewed below.

“SLC round 2 was not a good one for me. I have been having breathing issues for a few months now. I got really sick in November/December that attacked the respiratory side of my body really bad. It has been going on for a long time and I am not able to get rid of it. I have developed a mild asthma that I was unaware of before but I am not sure if that is the actual issue to be honest. Having said that there is medication for that but it doesn’t seem to change my restrictions. It is not something I talk about because when I am out racing it doesn’t matter what issue I have because all that matters is the end result.

“I am always going out to do my best and push my body as hard as I can. Obviously I had to let go after just about 8 min into the main, which is obviously not normal. I know that this looks bad but unfortunately it is what it is and I am not giving up. There are still 5 rounds to go and I’m always down to try and do some magic! The last thing I want to do is let down the people that believe in me. I just thought my fans should know. To go out and win your body has to work in top notch form. Other than that I have been feeling pretty good on the bike and am plenty fast enough to win. Onto Sunday!”

There were a lot of notable performances at round twelve of the 2020 Monster Energy Supercross series, like Cooper Webb winning his second main of the year or Eli Tomac stretching out his series lead. It’s Ken Roczen who has hogged the headlines, however, as he limped to fifth after such a strong start to Salt Lake City 2.

With limited access to athletes in Utah, and the fact that Roczen would not feature in the post-race press conference, this is the only communication that there will be from him ahead of Salt Lake City 3. The following quote’s from the Honda HRC press release and doesn’t say too much, but it does confirm that he’s having problems maintaining a high level for the duration of the 450SX main.

“I’m feeling good on the bike and had a good heat race, but obviously I’m having issues that prevent me from keeping it going. I’m trying to figure it out and do my best to come back stronger. This thing isn’t over yet, but obviously fifth place is not where we want to be. The main goal is to try to be better, and especially get a better start. I took a chance going to the very inside on the start gate and that didn’t work out. I’m going to rest and recover, and I look forward to trying our best in the next race.”

There was a further statement from Erik Kehoe, the team manager at Honda HRC, but he echoed the same thoughts. Rather than state that improving his endurance is the focus, Kehoe mentioned that starts need to be worked on before the next race. Roczen has started eighth on average at the last two SLC events.