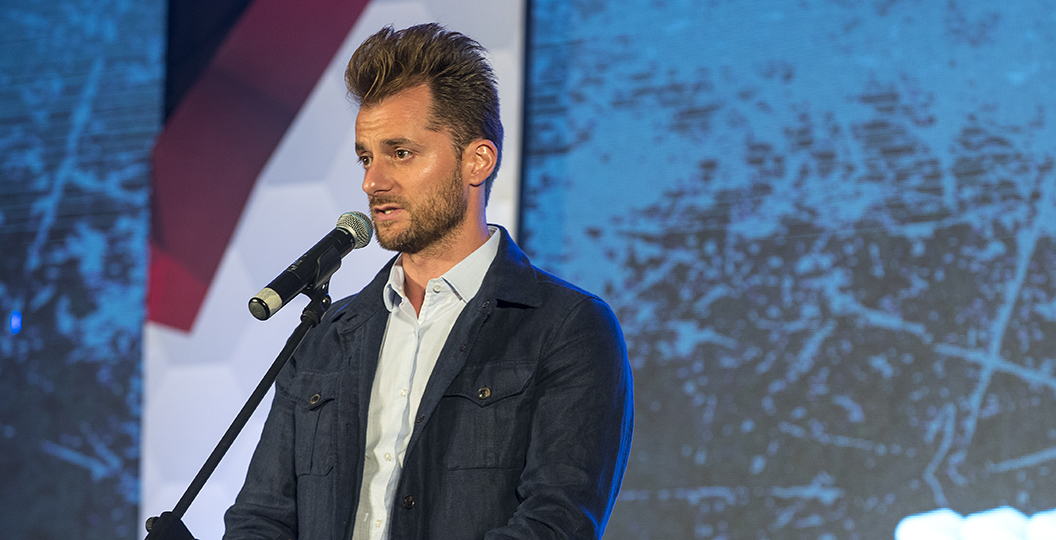 Being at CEO at Infront Moto Racing sounds glamorous, but David Luongo has one heck of a job on his hands at the moment. Luongo is juggling government restrictions across the globe in an attempt to schedule the remaining 18 rounds of the 2020 FIM Motocross World Championship. The Grand Prix paddock are really in a holding pattern currently, much like the rest of the world, but what does the series look like at the moment? What should fans expect to see in the coming weeks? MX Vice editor Lewis Phillips put some of the most poignant questions to Luongo for this exclusive MX Vice interview.

MX Vice: We all thought the schedule in 2019 was tough on you, with Shanghai being moved and the cancellation of Hong Kong. Have you ever experienced a workload like this though? Just explain how tough this has been on you. I imagine that you are afraid to look at the news each day!

David Luongo: This period is probably one of the most challenging ever for most of the world so it is for us too. We managed during the last weeks to postpone more than nine Grands Prix, and I firstly would like to thank all the concerned organisers that proved again that the motocross family is very united. We are in contact with most of the governments worldwide, as you said, and each day shows a decision or news that gives a positive feeling or the opposite. We have to deal with and to imagine all the possible scenarios to assure the championship can run for the rest of the year.

Do you have any control over the current situation? You are really at the mercy of local government restrictions, so is there anything you can really do other than try to predict what’s going to happen?

We do all that we can to organise the calendar, the logistics and to preserve the more than 3000 jobs related to the FIM Motocross World Championship and to predict the possible scenarios. For the rest, as you said, we are at the mercy of the decisions of each local government regarding the evolution of the virus. We can predict how we can act in each situation but not the situation itself as of now.

The latest development is that it seems as though Belgium won’t allow large gatherings in August, which means that more changes will be needed. Based on the recent Infront statement, it sounds like you won’t be releasing a new schedule straight away though. It sounds like you are just going to wait and see how things develop, right?

That’s right. The first race now should be in July – it is in more than two months and it is better to wait and see for some days how the situation is evolving worldwide. It seems to be a positive dynamic in Asia and in some countries in Europe, so we will probably know more about the global politics in the next weeks. Then we will be in a position to decide if more changes are needed.

The current plan is to run from July to November. What back-up plans are in place though? Would you run to December if needed? There has been talk of the series running into 2021, so is that a real possibility if needed?

I would say that all the possibilities are on the table but then you face the problem of the weather, which is not good in Europe in November/December so it would be very complicated to organise races in such a period. For the overseas we could have a bit more room to play with but, again, the decisions will depend on the evolution of the virus. Regarding January, we don’t consider this an option as of now.

From speaking to teams, it sounds like no matter how late we run in 2020 you are eager to start the 2021 FIM Motocross World Championship in late February again to get back to normality. I guess the goal is to make sure that no future championships are affected by this, right?

Our main target now is to maintain and organise the maximum number of 2020 Grands Prix. Then, as mentioned above, a lot of jobs are directly or indirectly related to the MXGP paddock (Infront Moto Racing crew, teams, riders, marketing, partners, journalists etc) and the best way to preserve most of them is to organise races. For this reason 2021 should not be affected by the end of the 2020 calendar.

Is there a minimum number of rounds that you are keen to hit in order to call this a championship? Would you be happy with twelve rounds, for instance, if it comes to that?

It is too early to mention a proper number of events. I would be happy when we will arrive in December with the maximum number of events organised. It is a very exceptional year, but there will be champions at the end of the season.

Everyone is obviously talking about the Motocross of Nations too. If government restrictions allow then it is 100% certain that you will run the race though, right? Is there even a small chance of the 2020 MXoN being cancelled to make room for MXGP to finish?

Talking about percentage of chance at this stage is too early. For sure the MXoN is the biggest off-road event in the world and our priority of the year so we will do our very best to make it great as it is every year. The Tour de France (biggest cycling event in the world) was confirmed in September last week, which is a very good sign about sports events with public attendance in France. If the conditions come back to “normal” in September, this MXoN could be one of the most emotional ever. It would be kind of a revival of our life and I am sure that all of the motocross fans would be very excited to attend to it.

Maybe we can silence internet rumours here. Those riders who will age out of MX2 this season (Thomas Olsen and Ben Watson) will still do that, right? COVID-19 won’t force any temporary changes to the rules.

In this challenging time where rumours are really affecting the news in general, I recommend people to follow the official statements of Infront Moto Racing and the FIM. We won’t change this rule.