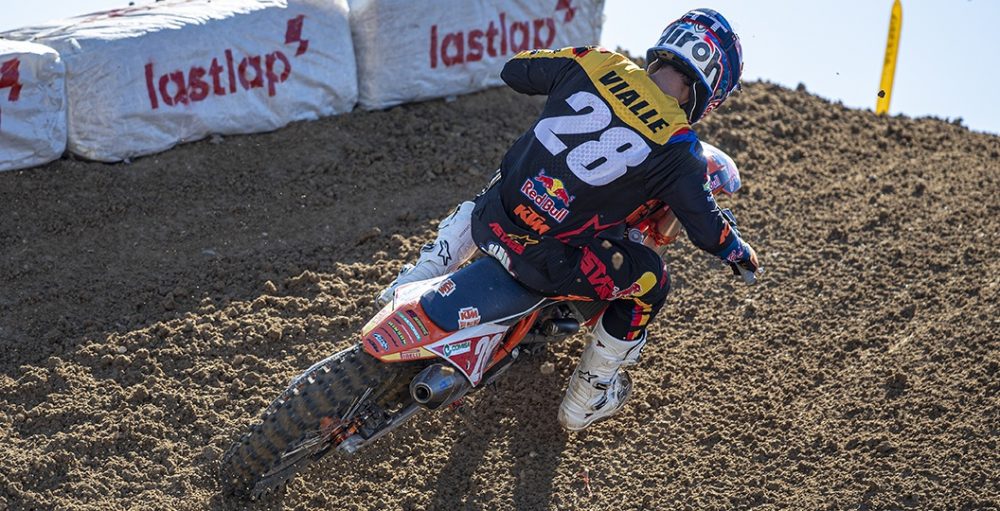 The latest edition of the MXGP Mag from Infront Moto Racing, which includes a large Mattia Guadagnini feature, was released late last week. The note from David Luongo at the beginning of the issue was an interesting read; it appears to confirm some of the rumours that have been reported on The MX Vice Show in recent weeks. A new 2021 FIM Motocross World Championship calendar is on its way and it seems as though the start of the season is going to be delayed. Luongo’s words from the MXGP Mag are below.

“There are still a lot of restrictions in the countries especially for the sport and entertainment industry. As I mentioned many times in the past, the essence of sport is to share emotions with between the athletes and the fans and last year was a heartbreaker for all of us to not be able to host you during the season.

“For 2021, the target to host public is still in our main goals. For this reason, in the upcoming days, we will communicate on the calendar of the 2021 season and it will probably receive some adjustments to start the season a bit later and to give us more flexibility in order to finally organize Grand Prix with public.

“As always, I would like to underline the fantastic cooperation we have with all the organizers of the Grand Prix that put together with us and the FIM all their efforts to make it happen. We are still very confident that we will be able to run the full championship in its classical format, but as last year, if the situation would remain complicated, we would be ready to adapt ourselves and the format to deliver the best championship possible for all the stakeholders.”

MX Vice has heard rumblings that late May or early June could be the starting point for the new campaign, but that should be confirmed one way or another when the new calendar is released shortly. That will be published on MX Vice as soon as possible.