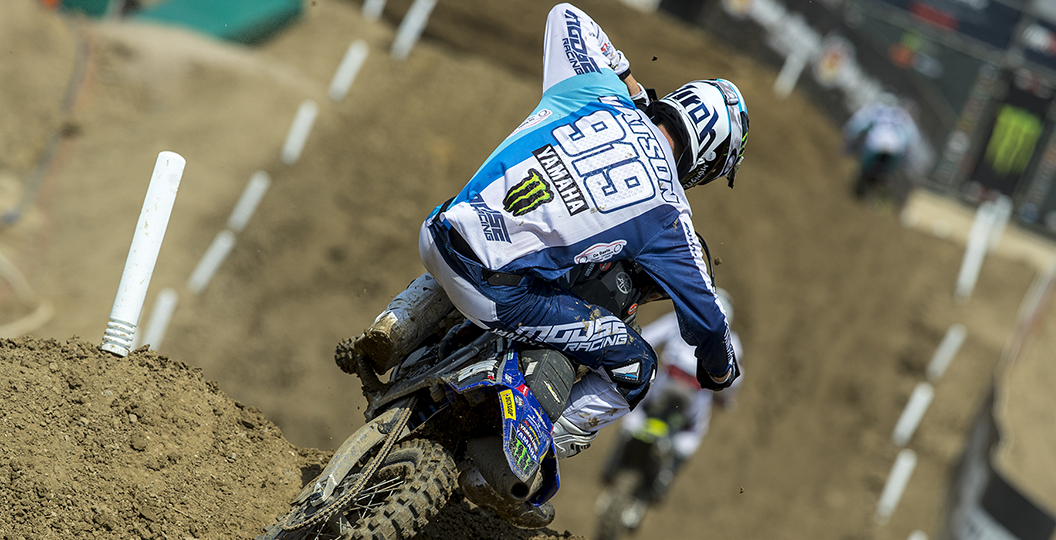 It was unlikely that any guys would return to racing at round sixteen of the 2019 FIM Motocross World Championship, the Grand Prix of Sweden. A press release on Thursday, confirming that Jeffrey Herlings is set to race at Uddevalla, really shocked the industry though. Who is still building back up to one hundred percent on the sidelines? A complete list of updates can be found below.

Jeffrey Herlings: Jeffrey Herlings initially had his sights set on a return at the Grand Prix of Turkey, but a positive run of testing put him in a position where he is ready to race this weekend. There is no doubt that he is not one hundred percent, as that is going to take time, but he could surprise a few people.

Ben Watson: Ben Watson was unfortunate at the previous round of the Grand Prix series, as a crash in warm up resulted in a clean break of his radius. The untimely fall has effectively ended his campaign and ruled him out of the upcoming Motocross of Nations, much to the dismay of British fans across the globe.

Max Anstie: Max Anstie was taken to hospital with a pneumothorax following the qualifying race at the Grand Prix of Italy and it was later decided that, in order to stop his lung collapsing completely, he needed to rest and miss the rest of the year. There is still a chance that he will make it back in time for the Motocross of Nations.

Brian Bogers: Brian Bogers crashed and tweaked his shoulder at the previous round of the Grand Prix series, but was hopeful that he would be able to compete this weekend. Rest is the only way to resurrect the issue and, based on a statement from his team, it seems extremely likely that he will be back on track in Turkey.

Jed Beaton: Jed Beaton was sidelined before the Grand Prix of Belgium, as he fractured his sternum without even crashing. Reports now suggest that he may miss the rest of the current term and consequently the Motocross of Nations. The focus is firmly on 2020.

Davy Pootjes: Davy Pootjes injured his ankle in a crash at the Grand Prix of Latvia, but later returned at the Czech round in July. Another incident at that event sidelined him again though and he is therefore watching from the sidelines. There is no timeline on his recovery and things are oddly quiet.

Bas Vaessen: Bas Vaessen was involved in a horrific crash at the start of the second moto at the Grand Prix of Asia and initially lost feeling from the neck down. The feeling eventually returned, thankfully, but he has to wait for a broken C6 to heal before he can return to riding.

Julien Lieber: Julien Lieber was en route to a career-best finish at the German fixture, but a crazy crash left him with a fractured elbow. Lieber will skip the rest of the current campaign and move on from the Monster Energy KRT outfit in the off-season.

Antonio Cairoli: Antonio Cairoli dislocated his shoulder at the Latvian round in June but did not think much of it initially. It later came to light that surgery was needed though and that effectively ended his season. Cairoli will be back next year and chasing that tenth world title.

Benoit Paturel: Benoit Paturel has been missing since the Grand Prix of Latvia, where he sustained a leg injury. It was later determined that he has run into the Epstein-Barr virus, like so many others, and therefore he will not race again this year.

Clement Desalle: Clement Desalle underwent surgery following the Grand Prix of Russia, in order to repair the broken fibula that he sustained. A sprained ankle was also picked up in the vicious fall. Desalle is set to miss the rest of the current term but has re-signed with Monster Energy KRT for 2020.

Evgeny Bobryshev: Evgeny Bobryshev limped onto the sidelines after the Grand Prix of Russia in June, as he required surgery on his wrist and broken right tibia. Bobryshev then faced a significant recovery period and is not even close to getting back on a bike yet.

Conrad Mewse: Conrad Mewse crashed in April and sustained a complicated wrist injury. Progress is being made and actually quicker than expected now. Although it initially seemed as though he would be off of the bike for months to come, it seems that he may begin riding again very soon.

Sven van der Mierden: Sven van der Mierden fell in July and broke his back. There is no doubt that he’ll make a full recovery, but he will not make it back before the end of the season. Everything is moving in the correct direction though, so there is no reason to worry.

Alexander Brown: Alexander Brown was a fill-in rider for the Hitachi KTM squad, but crashed at the Grand Prix of France and aggravated an existing shoulder injury. Brown is making progress but will not make it back before the end of the year.

Jose Butron: Jose Butron shattered his ankle in testing in April and will skip the rest of the Grand Prix term. The injury is quite severe, and he is still hobbling around with the help of crutches. Butron is determined to return next year.

Nathan Renkens: Nathan Renkens started his own squad in the winter but did not get too far with it. Renkens crashed at the Grand Prix of Europe and sustained a torn ACL. It’s hardly surprising that he is not going to make it back before the end of the year.