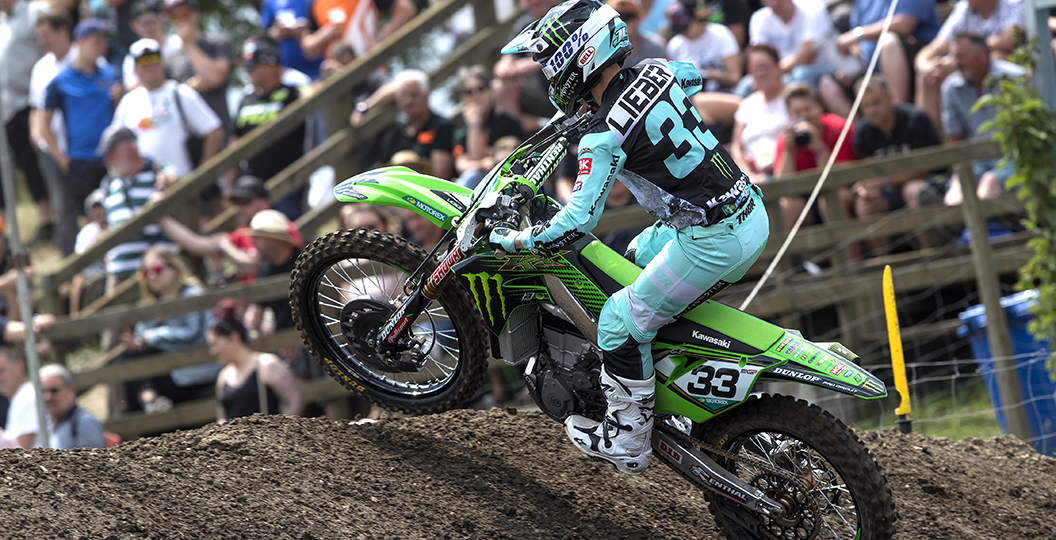 The Grand Prix of Indonesia, run at the new venue of Palembang, is upon us and there is actually some good news. Three MX2 contenders are set to return to racing this weekend, as the list below outlines. Unfortunately though, fifteen guys will skip the Asian round. Get an update on each rider who is currently dealing with a health problem in this regular MX Vice feature.

Ben Watson: Ben Watson broke a metacarpal in his hand during practice at the Grand Prix of Germany and then had surgery the next day, hence why it is so surprising and impressive that he will return to racing at the first Indonesian stop this weekend! It is an incredible turnaround and one that will give fans a reason to cheer this weekend.

Mitch Evans: Mitch Evans crashed extremely hard at the Grand Prix of Germany two weeks ago and those in his camp initially feared that he had sustained a back injury. Further examinations revealed that everything was okay though, with the exception of him being quite beaten up, so he will be on the starting line this weekend.

Calvin Vlaanderen: Calvin Vlaanderen picked up an infection in his right leg prior to the Grand Prix of Portugal and had to go under the knife in order to clean that up, but he returned to racing at a round of the ADAC MX Masters last weekend. Following a successful test there, where he finished third overall, he will return to the world stage at Palembang this weekend.

Michele Cervellin: Michele Cervellin crashed at a round of the Italian Prestige series last weekend and dislocated his wrist, which will ultimately sideline him for a considerable amount of time and obviously stop him from racing in Indonesia this weekend. Andrea Adamo will act as his replacement in MX2.

Julien Lieber: Julien Lieber was en route to a career-best finish in moto one at the Grand Prix of Germany, then had a spectacular crash and fractured his elbow. Lieber is obviously not present in Indonesia and, at the time of writing, there is no timeline on his recovery. Tommy Searle has been drafted in as a fill-in rider on Monster Energy KRT.

Antonio Cairoli: Antonio Cairoli dislocated his shoulder at the Grand Prix of Latvia and, after skipping the last race in Germany, attempted to ride on Tuesday. It became apparent that the injury had not recovered enough to warrant him making the trip across to Indonesia though, so he will miss the next two rounds.

Jeffrey Herlings: Jeffrey Herlings injured his ankle seconds before moto one at the Grand Prix of Latvia, then went on to win that race anyway. A hairline fracture at the base of his tibia bone was the official diagnosis. Herlings underwent surgery days after sustaining that injury and is expected to return in August.

Evgeny Bobryshev: Evgeny Bobryshev was always going to bow out after the Grand Prix of Russia, as he needed to have wrist surgery, but a crash at Orlyonok also left him with a broken right tibia. Multiple surgeries are now on the cards, so he will not be seen on track again this season. BOS picked up Anthony Rodriguez as a fill-in rider.

Alessandro Lupino: Alessandro Lupino spent some time in intensive care in Russia, after crashing and breaking four vertebrae. Lupino somehow returned to racing at the Italian Prestige event last weekend though, in an attempt to maintain his bid for the title, so it is likely that he will return to the Grand Prix series in the Czech Republic at the end of the month.

Clement Desalle: Clement Desalle underwent surgery on the Monday after the Grand Prix of Russia, in order to repair the broken fibula that he sustained. A sprained ankle was also picked up in that vicious crash. Desalle will miss the remainder of the 2019 FIM Motocross World Championship, but it does not sound like Monster Energy KRT are looking for a replacement.

Marcel Conijn: Marcel Conijn, of the Gebben Van Venrooy Kawasaki team, crashed before the Grand Prix of Portugal and was left with a broken collarbone, as well as broken ribs. Conijn is now back on a bike and will probably return to the world stage in the Czech Republic at the end of July.

Davy Pootjes: Davy Pootjes crashed in turn one in the qualifying race at the Grand Prix of Latvia and sustained an unspecified ankle injury. Although things are progressing, the injury has not yet recovered fully and therefore he made the decision to miss the two Indonesian rounds.

Alexander Brown: Alexander Brown, the fill-in rider on the Hitachi KTM squad, crashed at the Grand Prix of France and aggravated an existing shoulder injury. It sounds like he recently had surgery on the shoulder and, consequently, there is no timeline on his recovery. One would presume that he will race again before the end of the season though.

Conrad Mewse: Conrad Mewse crashed at round two of the 2019 Maxxis British Championship and sustained a wrist injury that has sidelined him for the last month. Updates on Mewse have been sparse, but he will return before the end of the FIM Motocross World Championship. Loket could be a possibility.

Shaun Simpson: Shaun Simpson was having a steady time with the RFX KTM squad, but suffered a blow at the fourth Maxxis British Championship round and fractured the fifth metacarpal in his right hand. Simpson returned to racing at the previous round of his domestic series, but made the smart decision to skip the two Indonesian rounds and set his sights on Loket.

Jose Butron: Jose Butron shattered his ankle in testing and will skip the remaining rounds of the 2019 FIM Motocross World Championship. The injury is rather severe, hence why he needed to have a surgery that lasted for more than six hours, but he is adamant that he will be back next year.