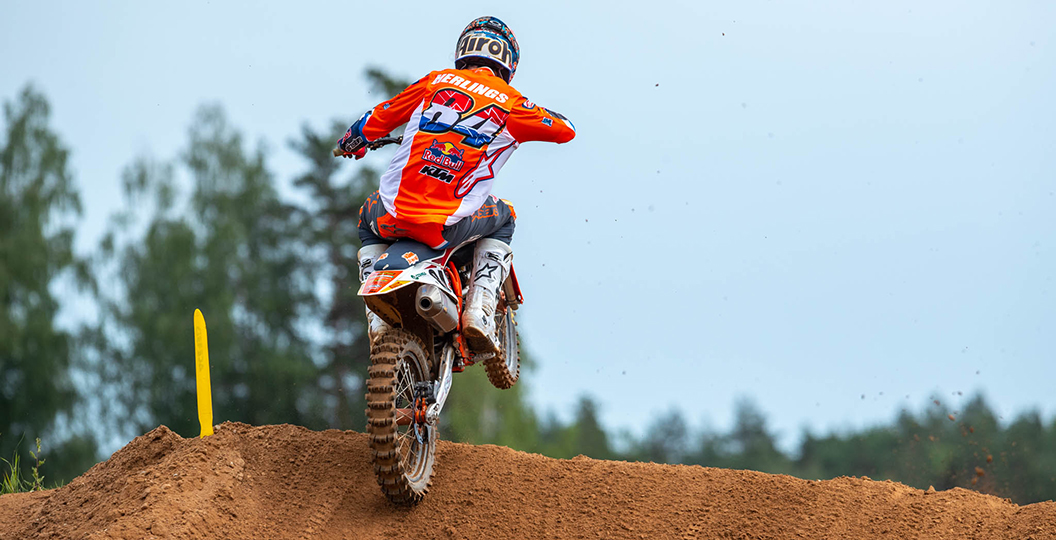 What a gruelling two-week span for the Grand Prix contingent! A lot of riders have sustained injuries in recent weeks, which has caused this list to grow significantly. What is going on with riders like Antonio Cairoli, Jeffrey Herlings and Benoit Paturel? The latest updates can be found below.

Max Nagl: Max Nagl dislocated his knee at the Grand Prix of Patagonia-Argentina, round one, but is finally in a position to return to racing. At last! Nagl has actually been back on a bike for quite a while now, so it would not be surprising to see him hover around the top ten.

Antonio Cairoli: Antonio Cairoli dislocated his shoulder at the Grand Prix of Latvia and, despite the best efforts of all involved, will not be able to race this weekend. The pain is just too great, so his status remains a mystery for the rest of the season. More will become apparent in the next week or so.

Jeffrey Herlings: Jeffrey Herlings injured his ankle seconds before moto one at the Grand Prix of Latvia, then went on to win that race anyway. A hairline fracture at the base of his tibia bone was the official diagnosis. Herlings underwent surgery earlier this week and is expected to return in August.

Clement Desalle: Clement Desalle underwent surgery on the Monday after the Grand Prix of Russia, in order to repair the broken tibia and fibula that he sustained. A sprained ankle was also picked up in that vicious crash. Desalle will miss the remainder of the 2019 FIM Motocross World Championship, but it does not sound like Monster Energy KRT are looking for a replacement.

Evgeny Bobryshev: Evgeny Bobryshev was always going to bow out after the Grand Prix of Russia, as he needed to have wrist surgery, but a crash at Orlyonok also left him with a broken right tibia. Multiple surgeries are now on the cards, so he will not be seen on track again this season. The word is that BOS are currently looking for a fill-in rider.

Alessandro Lupino: Alessandro Lupino spent time in intensive care in Russia, after crashing and breaking four vertebrae. It appears that he will, thankfully, make a full recovery, despite the fact that for several seconds after the incident he did not have any feeling in his legs. Lupino is now back in Italy, but will be out for quite a while.

Marcel Conijn: Marcel Conijn, of the Gebben Van Venrooy Kawasaki team, crashed before the Grand Prix of Portugal and was left with a broken collarbone, as well as broken ribs. There is no timeline on his recovery. The beginning of his season was not overly successful, as he did not score points in MX2.

Davy Pootjes: Davy Pootjes crashed in turn one in the qualifying race at the Grand Prix of Latvia and sustained an unspecified ankle injury. It sounds like rest is needed and that is it, so his status for the Indonesian events is unknown. Pootjes still runs in ninth in the championship standings.

Alexander Brown: Alexander Brown, the fill-in rider on the Hitachi KTM squad, crashed at the Grand Prix of France and aggravated an existing shoulder injury. Brown will return to racing at the next round of the 2019 Maxxis British Championship, so one would think that the next time that he is seen at a Grand Prix would be Loket. There is no confirmation on that though.

Conrad Mewse: Conrad Mewse crashed at round two of the 2019 Maxxis British Championship and sustained a wrist injury that has sidelined him for the last month. It sounds as though he still needs a month to recover, but he will return before the end of the FIM Motocross World Championship. Loket could be a possibility.

Shaun Simpson: Shaun Simpson was having a steady time with the RFX KTM squad, but suffered a blow at the fourth Maxxis British Championship round and fractured the fifth metacarpal in his right hand. Simpson will return to racing at the next round of his domestic series, but not be seen at a Grand Prix until Loket at the end of July.

Calvin Vlaanderen: Calvin Vlaanderen picked up an infection in his right leg prior to the Grand Prix of Portugal and had to go under the knife in order to clean that up. Teutschenthal is just a little too soon for him, unfortunately, but he will definitely race at the next round in Indonesia. That is confirmed.

Jose Butron: Jose Butron shattered his ankle whilst testing in the Czech Republic and will skip the remaining rounds of the 2019 FIM Motocross World Championship. The injury is rather severe, hence why he needed to have a surgery that lasted for more than six hours, but he is adamant that he will be back next year.