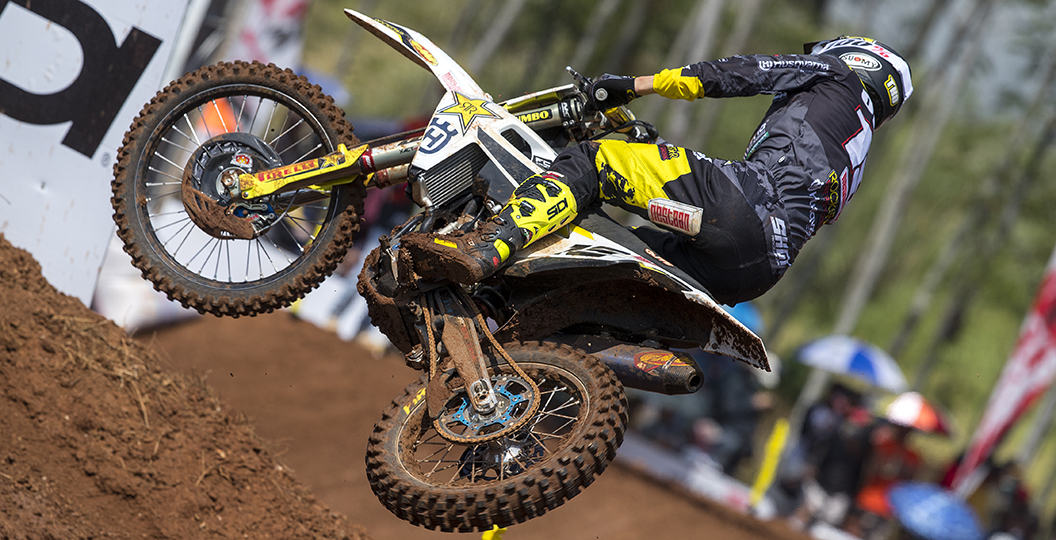 It’s a busy time in the Grand Prix paddock! Seven guys will return from injury at the thirteenth round of the 2019 FIM Motocross World Championship, the Grand Prix of Czechia, this weekend. The bad news is that thirteen riders are still sat on the sidelines though. All of the injured riders are covered below, so scroll down for the latest updates on those battling health issues.

Jed Beaton: Jed Beaton was caught up in a crash on the first lap of the second moto at the Grand Prix of Asia and injured a finger. It was far from ideal but, after training earlier this week, he has confirmed that he can ride with the injury and will be on the starting line at the Grand Prix of Czechia this weekend.

Mitch Evans: Mitch Evans was left so battered and bruised after the Grand Prix of Indonesia, so the decision was made to skip the second Asian event and attempt to make some of progress with his health. Evans is now set to return at the Grand Prix of Czechia this weekend and will attempt to make a charge towards sixth in the championship, a position that is still obtainable.

Davy Pootjes: Davy Pootjes crashed in turn one in the qualifying race at the Grand Prix of Latvia and sustained an unspecified ankle injury, which forced him to skip the next three events. Pootjes returned to racing at a round of his domestic series a week ago and will compete at the highest level again this weekend.

Marcel Conijn: Marcel Conijn, of the Gebben Van Venrooy Kawasaki team, crashed before the Grand Prix of Portugal and was left with a broken collarbone, as well as broken ribs. Conijn has been back on the bike for a month now and will finally return to the MX2 division at the Grand Prix of Czechia this weekend.

Thomas Olsen: Thomas Olsen was caught up in the same crash that collected Bas Vaessen at the start of the second moto at the Grand Prix of Asia, but he escaped relatively unscathed. Olsen did hit his head in that incident but will be racing at the Czech event this weekend.

Alessandro Lupino: Alessandro Lupino spent some time in intensive care in Russia after crashing and breaking four vertebrae. ’77’ will somehow return to the Grand Prix paddock this weekend though. It is truly an incredible turnaround from where he was a month and a half ago.

Shaun Simpson: Shaun Simpson was having a steady time with the RFX KTM squad, but suffered a blow at the fourth British round and fractured the fifth metacarpal in his right hand. Simpson has been back on a bike for a while now and will finally return to the Grand Prix scene this weekend.

Bas Vaessen: Bas Vaessen was involved in a horrific crash at the start of the second moto at the Grand Prix of Asia and lost feeling from the neck down for a couple of minutes. Vaessen regained that, thankfully, but was later diagnosed with a broken C6 in his neck. It would not be shocking if he does not return before the end of the current campaign.

Ben Watson: Ben Watson broke a metacarpal in his hand during practice at the Grand Prix of Germany, had surgery the next day and then still tried to race in Indonesia the following weekend! The plate moved away from the bone slightly at that race and he is now expected to miss the next two rounds in an attempt to fully recover.

Michele Cervellin: Michele Cervellin fell at a round of the Italian Prestige series at the start of July and dislocated his wrist, which will sideline him for a considerable amount of time and obviously stop him from competing at the Grand Prix of Czechia this weekend. There is currently no timeline on his recovery.

Julien Lieber: Julien Lieber was en route to a career-best finish in the first moto at the Grand Prix of Germany, then had a spectacular crash and fractured his elbow. Lieber will now miss an unspecified amount of time as he recovers. Tommy Searle has been drafted in as a fill-in rider on Monster Energy KRT.

Antonio Cairoli: Antonio Cairoli dislocated his shoulder at the Grand Prix of Latvia and was planning to return at some point. There was even a chance that he would race in Indonesia! Further examinations deemed that surgery was needed though and he will ultimately miss the rest of the current term.

Jeffrey Herlings: Jeffrey Herlings injured his ankle seconds before moto one at the Grand Prix of Latvia, then went on to win that race anyway. A hairline fracture at the base of his tibia bone was the official diagnosis. Herlings underwent surgery days after sustaining that injury and is expected to return at Imola.

Clement Desalle: Clement Desalle underwent surgery on the Monday after the Grand Prix of Russia, in order to repair the broken fibula that he sustained. A sprained ankle was also picked up in that vicious crash. Desalle is expected to miss the remainder of the current term.

Alexander Brown: Alexander Brown, the fill-in rider over on Hitachi KTM, crashed at the Grand Prix of France and aggravated an existing shoulder injury. It sounds like he recently had surgery on the shoulder and, consequently, there is no timeline on his recovery. One would presume that he will race again before the end of the season though.

Conrad Mewse: Conrad Mewse crashed at round two of his domestic series and sustained a wrist injury that has sidelined him for a while now. Updates on Mewse have been sparse, but he will return before the end of the current term. Things are taking a little longer than most expected.

Jose Butron: Jose Butron shattered his ankle in testing in April and will skip the rest of the Grand Prix campaign. The injury is rather severe, hence why he needed to have a surgery that lasted for more than six hours, but he is adamant that he will be back next year.