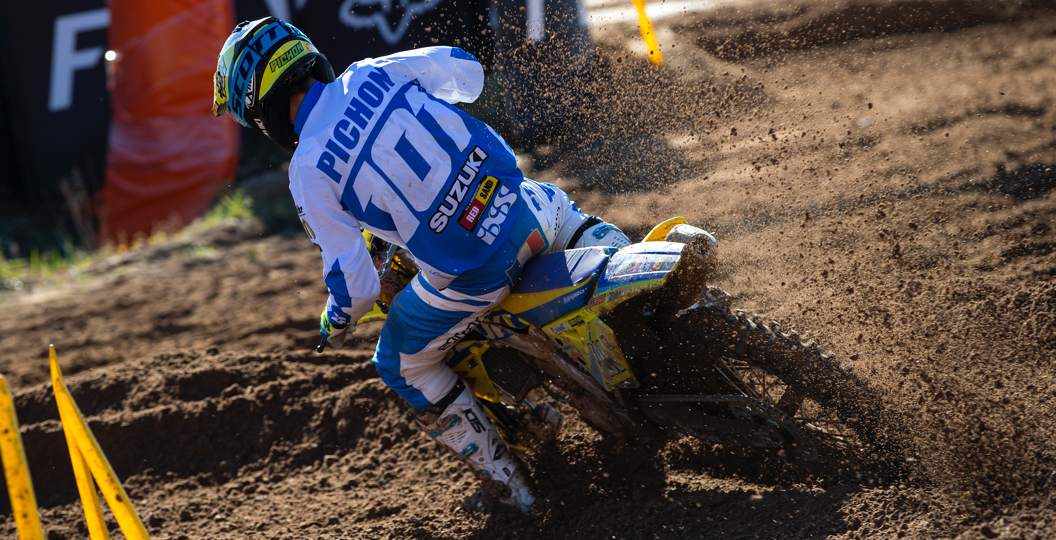 Zachary Pichon, an EMX250 contender, has been dealt another crushing blow, after dealing with injuries and an illness in the off-season. Pichon crashed in the first turn at the Grand Prix of Latvia and was in a considerable amount of pain, but got up and marched forward. Eventually he pulled off to seek medical attention and, unfortunately, the results of the examinations were not what he or the team were looking for.

“I didn’t get a great start in the second race, then in the first turn someone from the inside cut in front of me and he hit my front wheel and I crashed,” Pichon said in a press release. “I got back on and rode another four laps, but the pain was too much to continue. I pulled off the track and went to get an x-ray and the doctor told me I had broken my collarbone. Now we go home and we will see if I need to get an operation or not. I just hope I can back on the bike quickly.”

Pichon is expected to be off the bike for four to six weeks, which means the earliest that we will see him is at the Grand Prix of Lombardia-Italy.