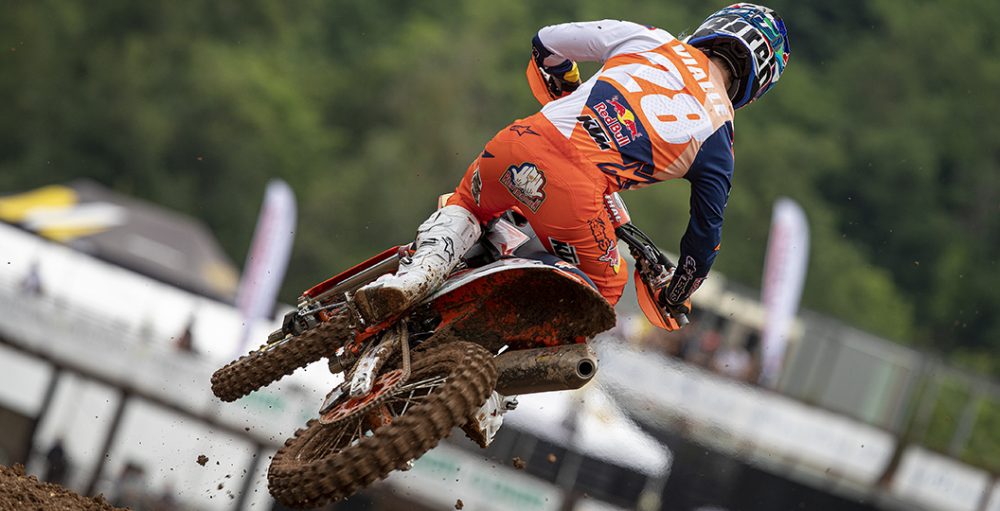 Breaking news! Tom Vialle, of Red Bull KTM Factory Racing, will not race at the Grand Prix of The Netherlands this weekend. Official communication from the Austrian manufacturer is below.

MX2 World Champion Tom Vialle will miss this weekend’s Grand Prix of the Netherlands at Oss and the fourth round of 2021 MXGP to recover further from his fractured right hand.

The Red Bull KTM Factory Racing rider and winner of the opening round of the season in Russia has been advised to remain on the sidelines for the forthcoming fixture. Vialle suffered a small break in his right hand during a training accident prior to the second GP of 2021 in Great Britain. The 20-year-old tried to compete at Matterley Basin and the Italian Grand Prix at Maggiora the following weekend but suffered too much pain and had to withdraw from action.

Vialle’s fracture has almost healed but any further stress on the bone could produce a setback. The Frenchman will therefore eye the Grand Prix of Czech Republic at Loket for a competitive return on July 25th.

Tom Vialle: “The Grand Prix in Oss came just a bit too soon. The bone has not healed 100% so we still need to wait a little before practicing and racing again. We will make another check-up next week and I hope to ride in Loket.”