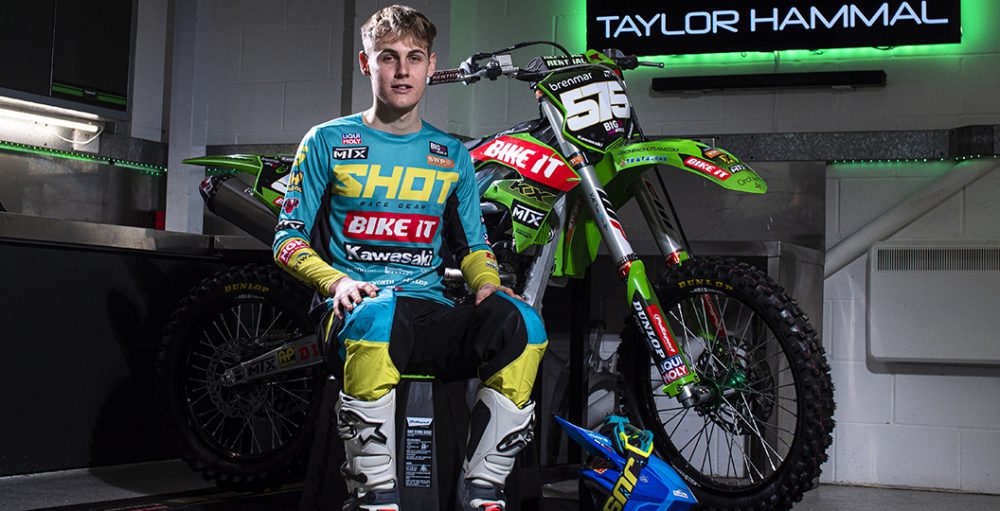 Bike It MTX Kawasaki’s Taylor Hammal saw his run of good form come to an abrupt end at the third round of the Revo ACU British Championship, fuelled by Gulf Race Fuels, as a crash in timed qualifying resulted in a broken finger. Hammal was second in the championship standings entering the round, but obviously lost significant ground after scoring zero points. The injury was confirmed via the following the statement, as well as the fact that he will not race at the Grand Prix of Russia.

“Gutted to have missed last Sunday! Last lap of qualifying had a small crash and broke the end of my finger. Didn’t think it was to bad when I got up, but then realised the end was hanging off. Really pissed off as I felt like I could’ve clawed back some points on the championship leader. Was sitting second but after missing Sunday dropped down to sixth. Had an operation first thing Monday morning so on the mend. Obviously no Russia and most likely no Foxhill but hoping to be back for Matterley for my home GP!”

Bike It MTX Kawasaki will be represented by Wilson Todd, who is a sophomore in the FIM Motocross World Championship, in Russia this weekend. Todd recently went beneath the knife himself – he had arm-pump surgery just a couple of weeks ago and only started riding again one week ago. He has raced since, however, as he raced at the same Revo ACU British Championship round and finished second overall. Todd has raced four Grands Prix in his career and has not yet cracked the top ten in a moto.