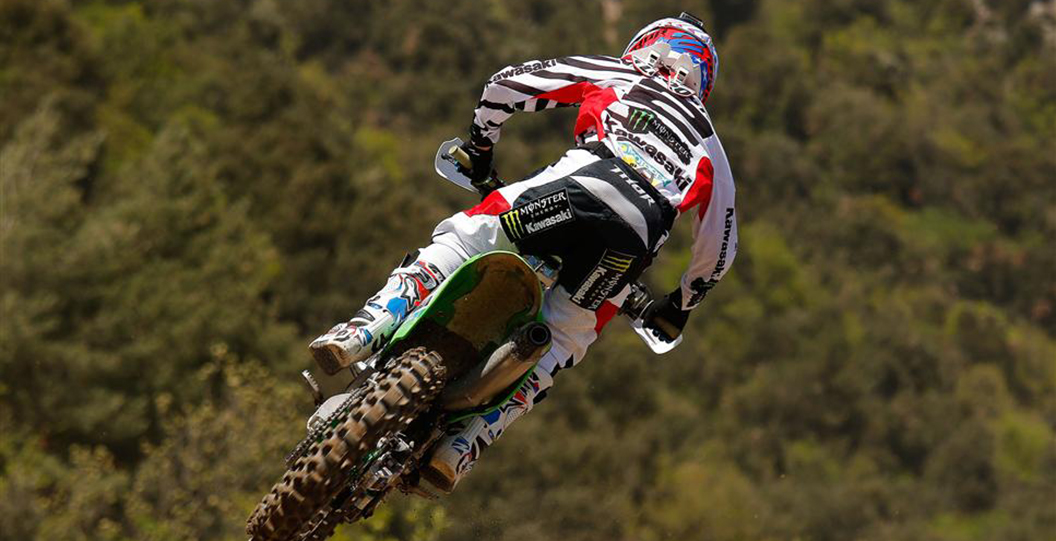 American champion Ryan Villopoto will not participate at the Grand Prix of Europe this weekend; the Monster Energy Kawasaki Racing Team rider is still in pain from his crash in Italy last weekend.

Villopoto delayed his decision, made together with the team, as long as possible but confirmed during a press meeting at the team workshop in Schijndel that he will not contest the fifth round of the FIM MXGP Motocross World Championship. “We took this week to set up the bike, try to recover as much as we could, but it’s still a problem to sit down. To race a track like Valkenswaard would be tough for me on a good day so I think it’s best for us to leave this one out and hopefully come back in Spain in two weeks and be able to race hard. We feel that racing this weekend will only prolong this injury and it would then be longer for us to come back where we want to be,” explained the ten-times US champion. “ It was a rookie mistake. I was behind Tony most of the race; I was close to him and then Clement came. When I landed at this jump before the pit lane I did exactly the same as the other laps; it happened really quickly, I wish it didn’t but that’s the way it goes…”

Teammate Tyla Rattray will be the team’s sole representative for what is considered as the team’s home GP as Valkenswaard is close to the workshop. “I rode on Thursday in Veldhoven and everything went good. It was a bad weekend for the team in Italy with Ryan crashing and me out of action on Sunday, but we keep pushing forward; we have some good tracks coming now and I feel good so we’ll see how this weekend will go for us” said the likeable South African.