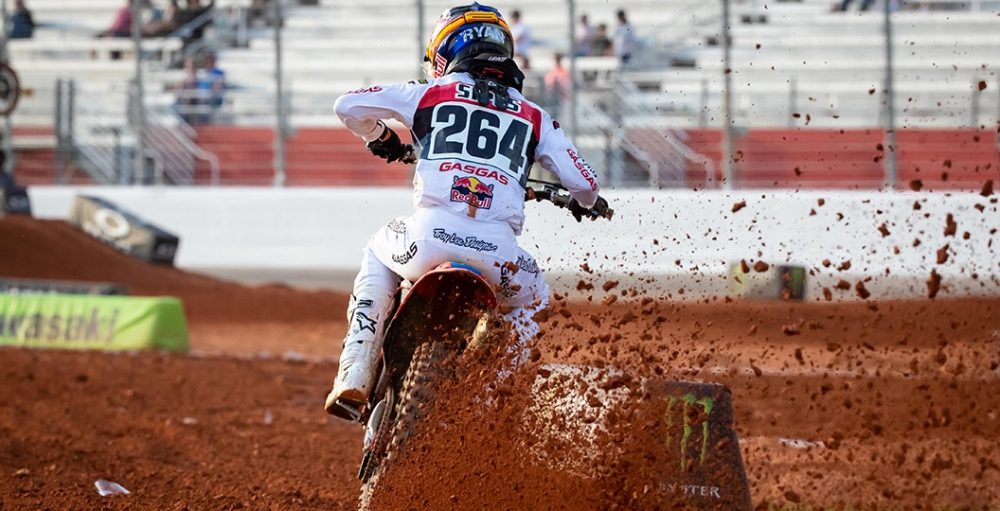 Ryan Sipes’ time in 2021 Monster Energy Supercross came screeching to a halt in the 250SX LCQ on Tuesday evening. A vicious crash, which he was lucky to walk away from, stopped him from qualifying for the main event and left him feeling second hand. Fortunately, no significant injuries were sustained as he explains below. There is also footage of his crash, which has been released for the first time.

“Well that wasn’t fun… Still not sure what exactly happened. I’m guessing I either drug footpegs or accidentally stepped on the rear-brake on the face. All I know is all the sudden I was in a full endo and I couldn’t bring it back. Thank God I didn’t get landed on. Sorry you got collected in it @Sean_Cantrell.

“It’s a bummer, because I felt like I was riding pretty good. Supercross is a high-risk sport. Probably the riskiest discipline I race. Things are gonna happen. I love the racing but I’m too damn old for this crashing nonsense. Done with SX for the year and most likely gonna skip the GNCC this weekend. Three hours without being able to breathe doesn’t sound like much fun. Time to start practicing flat track.

“Thanks @TLD_RaceTeam for everything. You guys are the best. See you soon.”

Sipes was supposed to contest the Tiger Run GNCC this weekend, instead of Atlanta 3, but that sounds unlikely now. If he does not race there, the Atlanta TT on May 01 is next on his agenda. Erzberg is next up after that.

The rider who was collected in the Sipes crash was Sean Cantrell, who also escaped unscathed but was disappointed to miss another main event. Cantrell returned from a collarbone injury, which was sustained at Orlando 2, at Atlanta 1.

“Fall down seven times get up eight! Can’t seem to catch a break but it’ll only make it that much sweeter in the end. Run it back on Saturday,” Cantrell said about the incident.