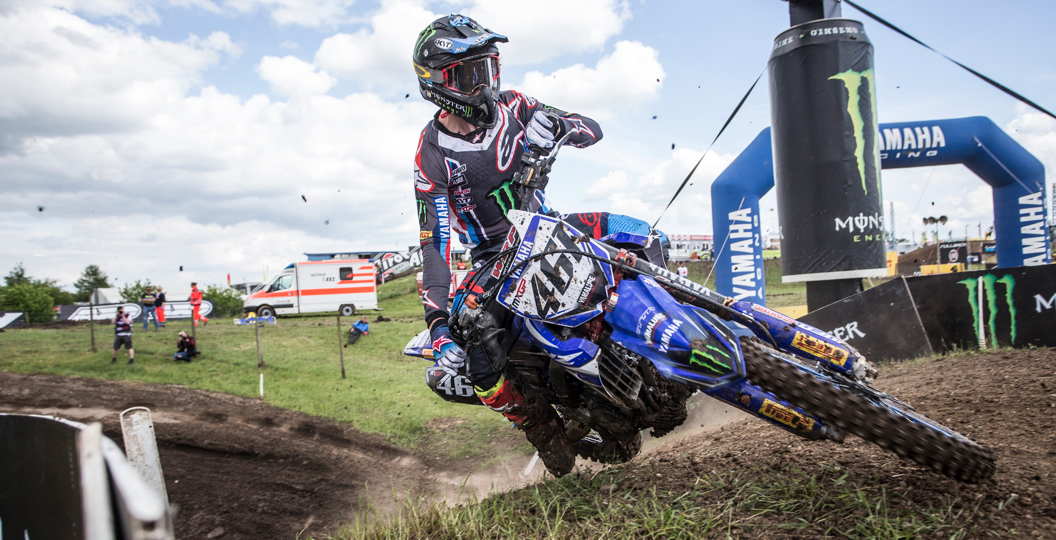 Romain Febvre, of the Monster Energy Yamaha Factory Racing team, made a bit of a comeback on Sunday, as he had his second-best Grand Prix of the season. A seventh in the first moto was a reasonable start, but then he returned to the top five for the first time since round three in the second moto.

There was an underlying issue in that second encounter, however, as Febvre had to fight through pain. “I caught my foot on a rut and hurt some ligaments in my ankle,” he explained in a press release. “I was in so much pain I thought my foot was broken, but I kept riding. Other than that, I feel much better on the bike and I am really happy with how things are going, I just hope my foot will be okay for next weekend.“

Romain Febvre’s status for the Grand Prix of France, which will be held this coming weekend, has not yet been confirmed. ‘461’ currently sits eighth in the series standings, thirty-seven points down on the rider in seventh.