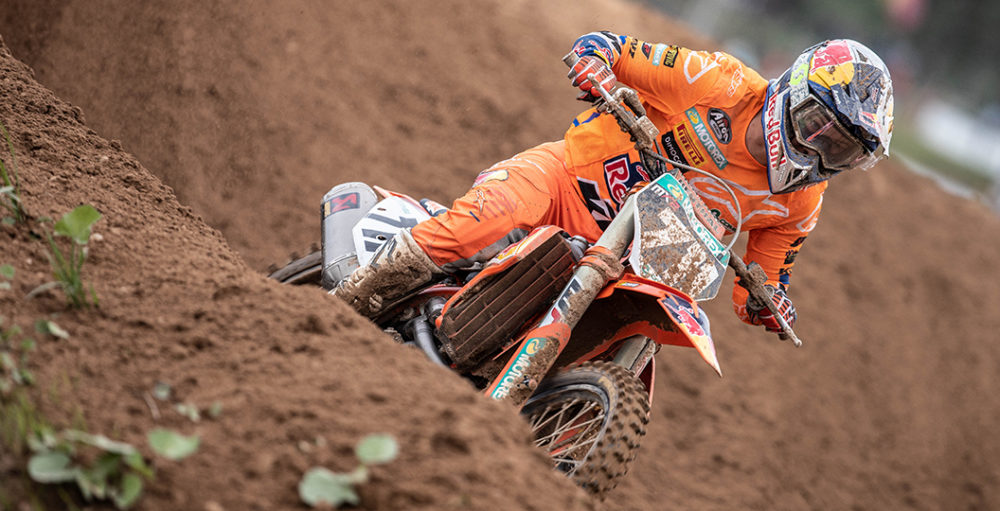 Becoming a professional athlete is naturally going to come with a few bumps and bruises, but it is still a crushing blow when it actually happens. Rene Hofer of the Red Bull KTM Factory Racing squad crashed in the second moto at the Grand Prix of Riga and suffered a fractured shoulder, according to a team report. An excerpt from the team press release can be found below.

“Rene Hofer was part of a first corner melee in the opening race and unfortunately crashed and fractured his left shoulder while running inside the top ten later in the afternoon. The Austrian travelled to the local hospital for a full examination but plans to leave Latvia for surgery to repair the joint.”

Hofer has already done enough to prove that he could a world champ in the waiting for Red Bull KTM, as he rode to second in the final moto at the Grand Prix of Great Britain earlier this season. Two more top-five finishes confirmed his potential. Hofer currently sits tenth in the MX2 standings, but will obviously lose more ground in the coming weeks.