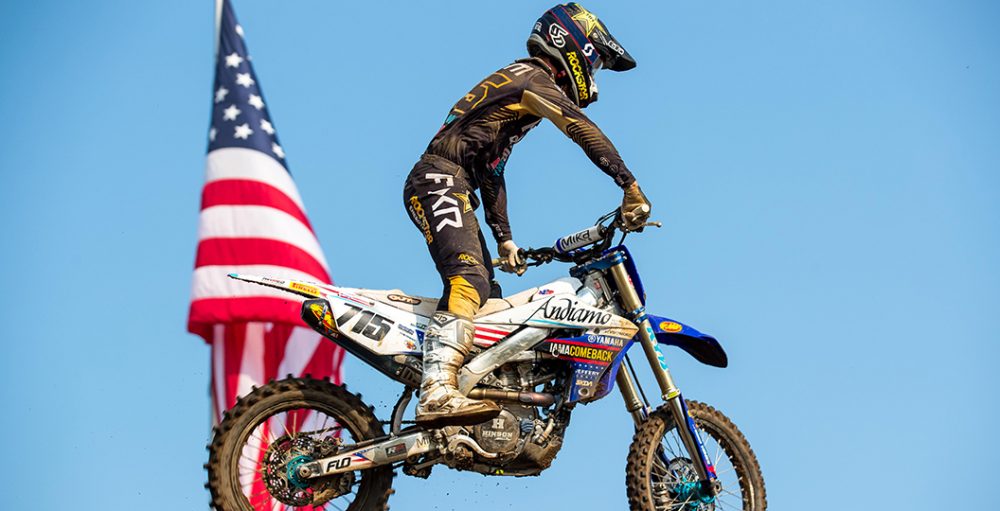 Although Phil Nicoletti has not raced in the United States in the last two terms, there was no doubt that he was going to be competitive in his return to Lucas Oil Pro Motocross. Nicoletti inked a deal with the ClubMX squad to race in the series and spent the winter refining his craft aboard the YZ450F. Things have not quite gone to plan though. Nicoletti suffered a concussion and shoulder injury at round two, and then tore his ACL in the week prior to the RedBud national.

“I hate this dumbass saying ‘when it rains it pours’ but it’s true. While testing the week before RedBud, I had a freak incident dabbing my leg resulting to a full ACL tear, medial meniscus tear and lateral meniscus tear. 2021 hasn’t been the best, and sure as hell wasn’t planned to be like this. A lot of time and a lot of effort has gone unnoticed. But in the end you have pay the toll to rock and roll. Time to reevaluate and make a new plan. Sorry to the amazing people and companies that came together.”

Nicoletti is obviously unable to race at the fifth round of 2021 Lucas Oil Pro Motocross, Southwick, tomorrow. It’s unknown what his plan is beyond that. There has been just two point-scoring rides in the premier division thus far – a nineteenth in moto one at Fox Raceway and then a fourteenth in moto one at High Point. Twenty-second is his current ranking, although that will obviously suffer.