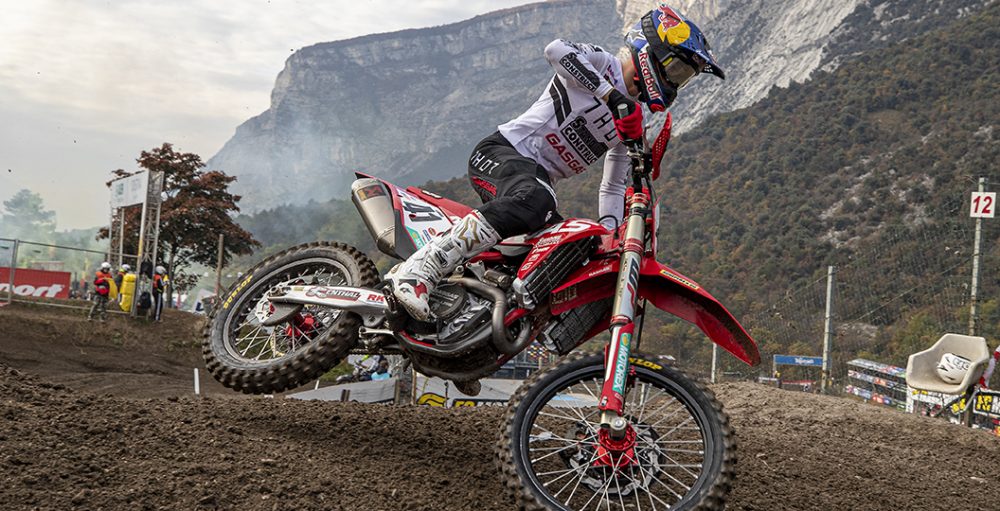 Pauls Jonass made it his mission to remain consistent and attend every round of the 2021 FIM Motocross World Championship, but broken ribs forced him to withdraw from Sunday’s Grand Prix of Garda. Jonass actually broke three of his ribs on Wednesday and did not even realise – he was even blissfully unaware when taking part in an MX Vice post-race podcast that very evening.

Discovering the ailment on Saturday, his intention to gut it out. Jonass was ninth in qualifying, a respectable effort that was not too far from his average, and made it seven laps into moto one before calling it a day. Twelfth was the position that he was running around in, before another fall dropped him to twenty-third. It was at that point that he entered pit lane and made a premature trip home.

“After my crashes on Wednesday I was still in quite a lot of pain so yesterday I went to get checked out and I have three broken ribs! I really tried to tough it out today and I qualified well this morning, but after 10 minutes in race one I could hardly breathe, the pain was just too much. It’s disappointing for sure and I’ll be doing everything I can to be ready for the final two rounds in Mantova.”

Racing at Mantova should be possible for Jonass and there is some incentive there too, as he is locked into a fierce battle for seventh in the championship with Monster Energy Yamaha Factory MXGP’s Glenn Coldenhoff. It was Coldenhoff’s seat that Jonass actually took at the beginning of this campaign! Six points separate those two with 100 points left on the table.