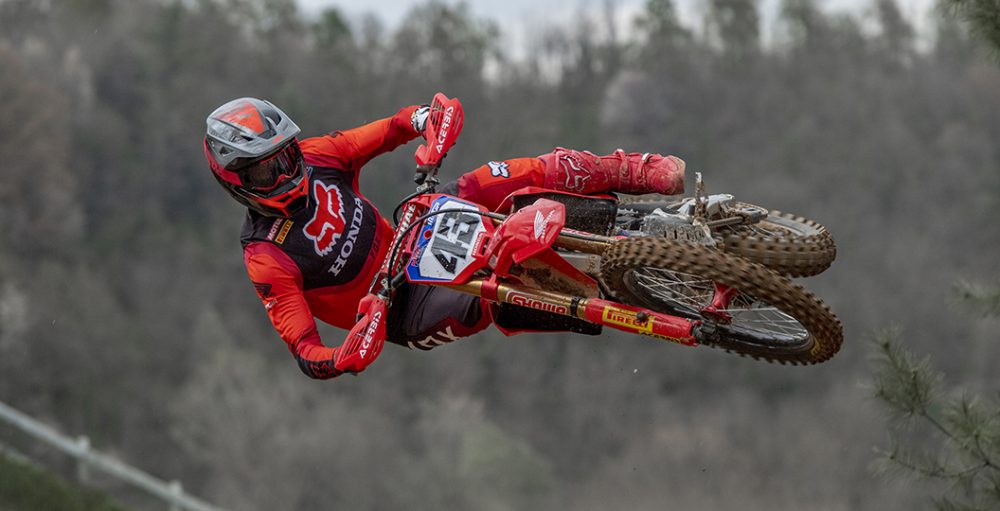 Mitch Evans’ injury woes continue, as the wrist injury that he sustained in October last year is continuing to give him trouble. Team HRC released the following statement that confirms that he will not compete at the Grand Prix of Russia.

Team HRC’s Mitch Evans will unfortunately have to sit-out the opening round of the 2021 MXGP season after complications with his wrist injury have meant that the Australian isn’t fully recovered enough to race at the world championship level in Orlyonok, Russia, next weekend.

It is a big shame for Evans, who has shown that when he fully fit, he can battle with the top riders in the class, posting numerous top five finishes in what was his rookie MXGP campaign in 2020. Now though, his focus is to try and get 100% healthy so that he can get back to that level and challenge for the podium spots when he returns to racing action.

Mitch Evans: “Obviously, I am really disappointed to have to miss Russia and the start of this season. I have tried my hardest to be ready but we just aren’t in a position where I feel confident I can give it my best shot and perform at the level that I expect from myself. Everyone at Team HRC has shown their support during this difficult time and it is now up to me to make sure that I am back ready to compete in the shortest timeframe possible. A big thanks to my team and all my fans around the world, and hopefully I’ll be able to see you at a racetrack soon.”