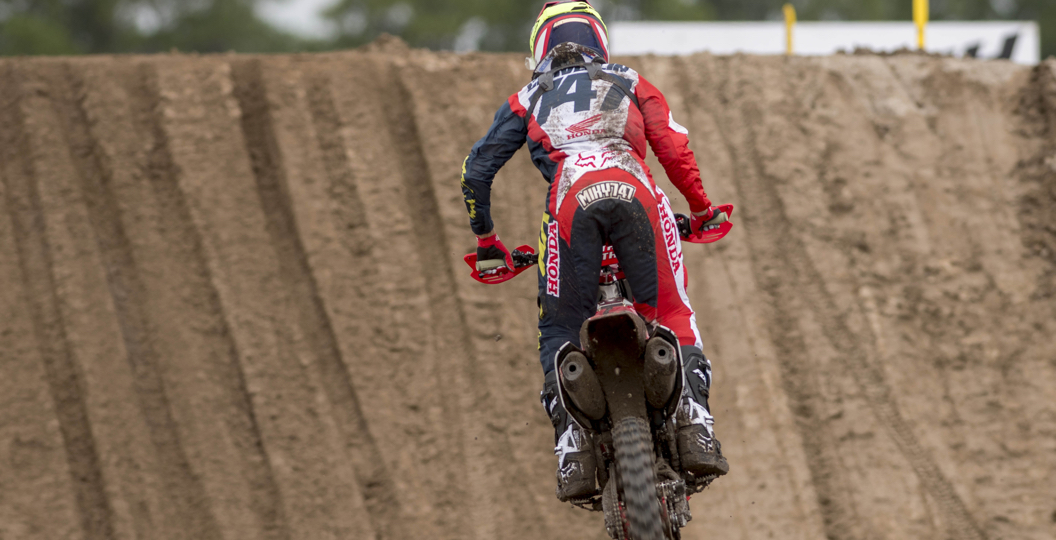 There was some confusion at the penultimate round of the FIM Motocross World Championship, as Michele Cervellin did not start any of the sessions. What happened? Cervellin had a monstrous crash over the finish jump at the Monster Energy MXGP of USA and, although it initially seemed as though no injuries were sustained, it was later determined that he strained his groin.

Doctors advised that Cervellin should skip the MXGP of The Netherlands and further examinations this week have ruled him out of the MXGP of Pays de Montbéliard this weekend. Jed Beaton will be alone beneath the HRC MX2 awning, as a result of that, and race the CRF250RW for a second time.

“Michele Cervellin unfortunately sustained his groin injury in America, which will take time to heal and means we cannot end the season with him this weekend,” said Roger Harvey in a press release. “We have got our fingers crossed for good weather on the hard-pack track in Villars sous Ecot and we are looking forward to seeing how Jed performs now that he has stepped up from EMX250.“

There has been no update on whether Michele Cervellin will be fit to race at the Motocross of Nations in a little over two weeks. Cervellin is slated to race the MX2 class for Team Italy.