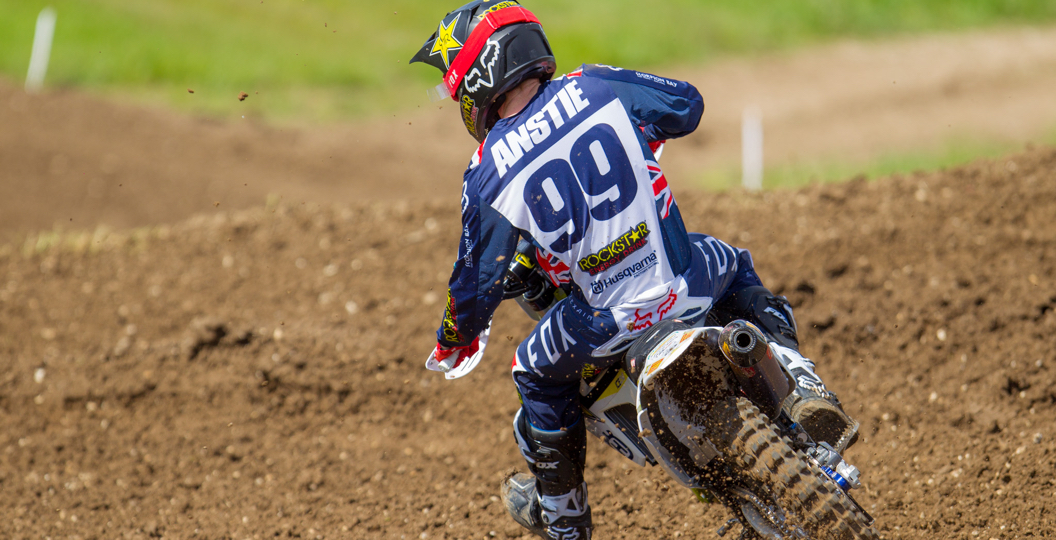 British fans were concerned yesterday, when Mervyn Anstie crashed hard in the first VMX moto. Anstie, the father of Max, was contesting the event for the first time and was thirteenth in qualifying, so one of the greatest riders in the field. The day turned sour towards the end of the opening race, however, as he collided with another rider over the finish jump and received medical attention.

Max Anstie has now taken to social media to confirm how his father is feeling. “Update on Dad after he landed someone over the finish jump in the VMX class,” he wrote. “Knocked out, broken ribs and [a] broken collarbone. Otherwise all fine.”