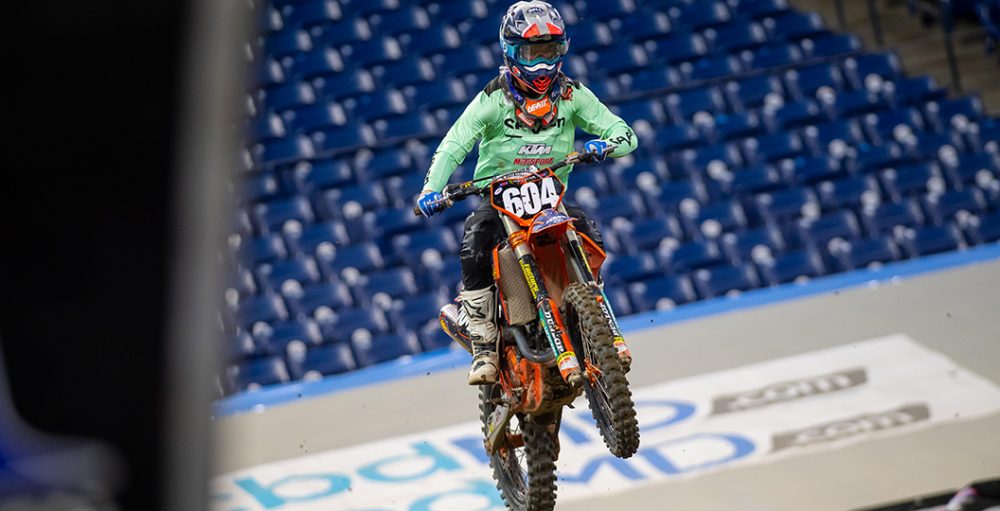 Fans saw Max Miller crash hard at Indianapolis 2 and then get struck by an in-motion Michael Mosiman, and worryingly there were no updates in the days following the event. Miller has now confirmed that he sustained a few different fractures in his back, which makes sense considering how he was hit. A full recovery will be made though – he should be back for the Salt Lake City swing of 250SX East. Miller released the following statement.

“Super bummed to announce that I will be missing a few rounds of supercross due to fracturing my transverse process on my lumbar two, lumbar three and lumbar four. Pretty bummed because I don’t feel that I ever got to show what I’m capable of. I am also thankful it is not worse! Was also bummed to find out I cost my buddy @MichaelMosiman42 the lead. Very grateful for the Alpinestar Medical Crew and all of their help! Doc Bodner and his team are incredibly helpful and made sure I was alright! Fortunately this injury does not have a long healing process so I will be on the bike very soon! Thank you to everyone who has been cheering me on and all of my sponsors for the continued support.”

Max Miller was one of the privateers who took advantage of the lack of depth in 250SX East to record some consistent point-scoring rides in 2021 Monster Energy Supercross. An eighteenth at Houston 1 was a season-best finish.