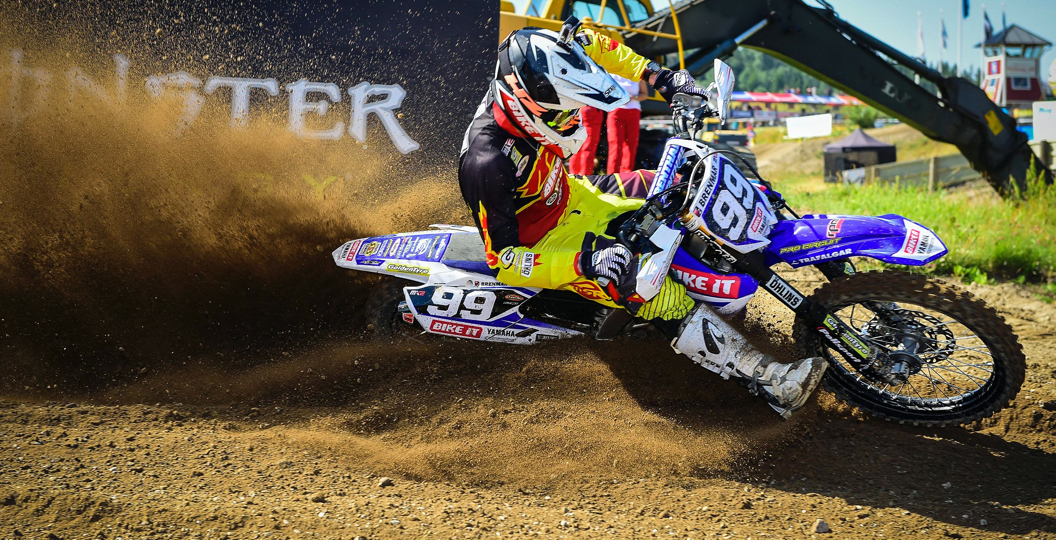 Max Anstie has had a turbulent season, with a handful of highs and a few lows too. The BikeIt Cosworth Yamaha rider looked set to rebound in a big way in the first moto at the GP of Finland, as had a very good start for the first time in quite a while. Unfortunately, he went down hard just a few laps later and was slow to get up, which led most to believe he was injured. Fortunately, it seems he broke no bones, as Yamaha released this statement in a press release:

“Bike it Yamaha Cosworth’s Max Anstie was not present on the scoreboard this weekend. The Brit made a decent start in the first moto and was fighting Jordi Tixier for a slot on the fringe of the top five when he crashed and knocked his head. Anstie was OK but the right side of his face was swollen and bloody and he was having difficulty seeing after the area around his eye socket started to swell.”

We will have another update on his condition, and his status for FatCat (the Maxxis British Championship round that he was scheduled to ride as a wildcard) later in the week.