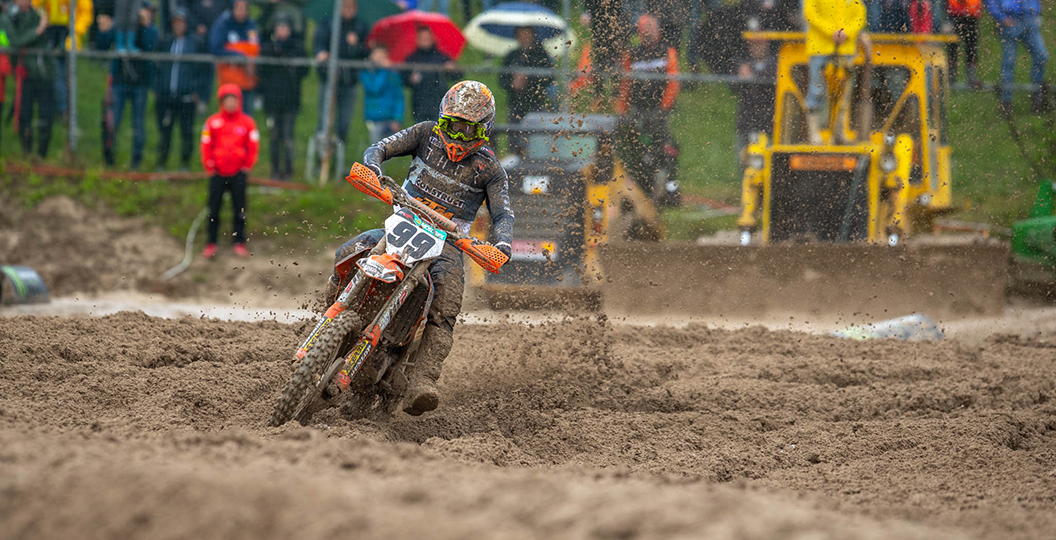 Max Anstie was back in action at the Grand Prix of Lombardia, just one week on from hurting his elbow at the second round of the Dutch Masters, and eager to overcome the bad luck that thwarted his efforts at the first four stops on the 2019 FIM Motocross World Championship calendar. A bizarre crash in the second moto, which was caused by another rider, left him in the medical centre again though. Fortunately, everything appears to be okay. A statement from Anstie is below.

Solid first moto, running second for most of it then I went down and got my gloves covered in a load of mud! Ended up P4. Second moto I didn’t make it around the first lap! Crashed and took the bars to the stomach. Had a scan at the medical centre and there is no internal damage. The bars missed the important bits, so a few days and I should be good to go again. Looking forward to Portugal!

A fourth in the first moto was certainly a bright spot in his weekend and the eighteen points still left him in twelfth overall on the day. Anstie even jumped up to thirteenth in the championship standings. Twenty points separate him from the top ten.