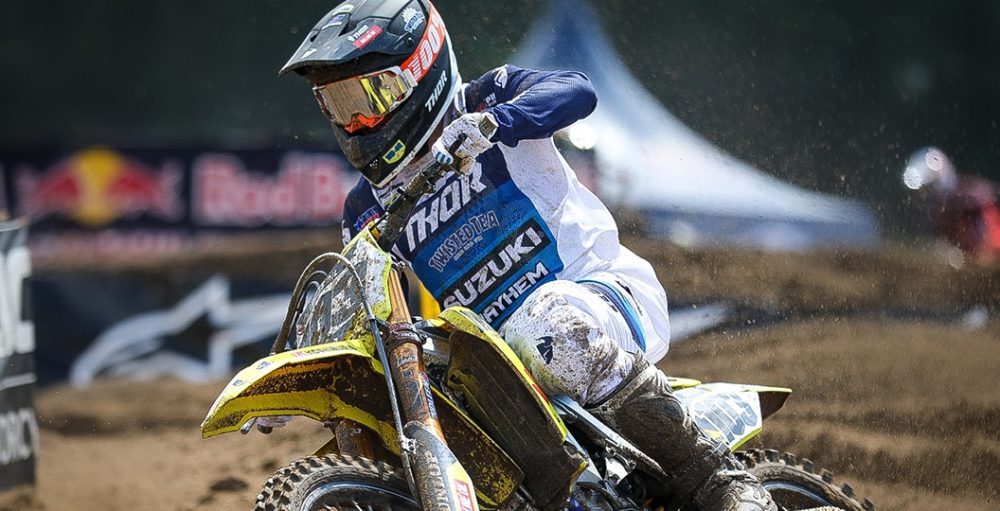 Max Anstie shocked fans today, as he shared videos of him in a hospital bed after just coming out of surgery. It turns out that he suffered a spontaneous pneumothorax last week, despite not making any mistakes whilst riding, which then prompted the doctors to find air blisters on his lung. Surgery was not a necessity, but a wise decision to avoid similar issues in the future. Anstie went on to describe the issues that he encountered in a very detailed social-media post. That can be found below.

“Hello guys. I’m sure a few of you are going to be wondering what happened. Sorry, I cannot talk very fast or loud. My lung hurts – I had a spontaneous pneumothorax. I was out riding last week and felt great. I didn’t crash or do anything. No over-jumping or anything. I got off the bike, and was talking to my team about the bike and random stuff, then all of a sudden I felt like I was getting stabbed in my chest and back. Anyway, it ended up being that my lung collapsed randomly. They did a load of scans and said that I have these air blisters on my lung. They said it’s common in athletic males. I was like, ‘Okay. Weird.’ He said that as I’ve grown and trained, at a younger age, my chest has grown, stretching my lung and causing these blisters. I thought it would have been to do with… I punctured my lung last year at the Lommel MXGP. It was actually in Italy, but I crashed at Lommel.

“Apparently it was nothing to do with that. Once you have had one, you have a 70% chance of having another one. I would have been alright if I had just left it, but there was a 70% chance I was going to have another random collapsed lung. The doctor said it was best that I fixed these blisters. They went in with a tube or camera, sorted out these blisters and stapled something together. Hopefully now I shouldn’t get another one of these, especially on this left side. They are even on my right side, but he said I may go my whole life and never have an issue. I can sit here and say it’s bad, but I’m in the off-season. This is the perfect time to have it done. I’d rather it happen now than going into the first round of supercross or in supercross. It was just so random. I didn’t do anything wrong. It should only be a couple of weeks, then I should be able to start riding again.”

The first round of 2020 Monster Energy Supercross will be run in Houston, Texas, on January 16. Anstie and the H.E.P Motorsports Twisted Tea Suzuki team still have a little over two months to prepare for round one of 450SX.