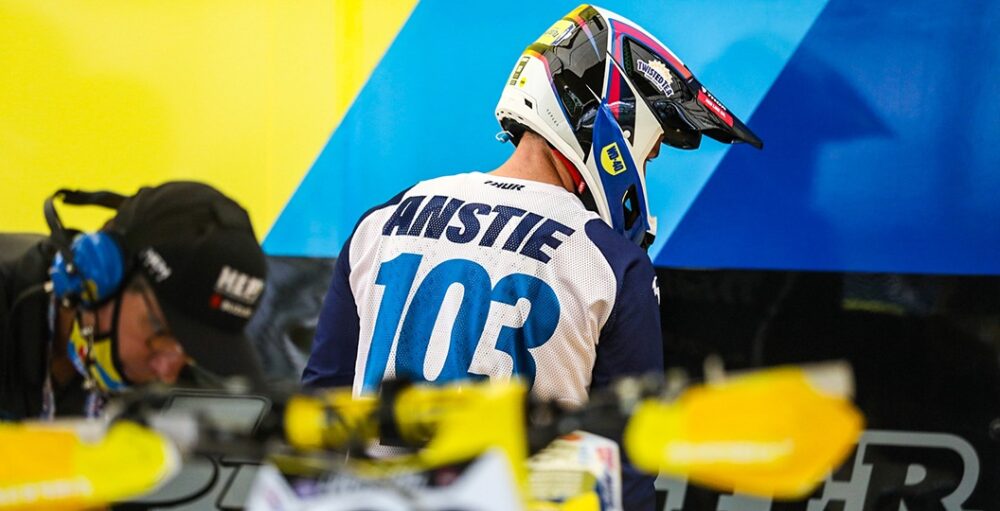 Max Anstie has now released an additional update, in addition to the one at the bottom of this page. The biggest point to consider here is that it seems as though he will race at RedBud 1 on Friday. Anstie’s words are below.

Max Anstie, of the H.E.P Motorsports Suzuki team, had fans very worried in the second moto at round three of the 2020 Lucas Oil Pro Motocross, as he had a vicious crash entering the final turn and laid with the medic crew for what felt like an eternity. It was initially feared that he sustained a broken jaw, but scans at the local hospital showed that there is actually no damage. Anstie released the following update on social media.

“Not the way we wanted to end the day. They thought my jaw was broken but just got the results back from the scans and I’m alright. Just feels like Connor McGregor gave me a left hook.”

Anstie’s status for the fourth round of the American series, RedBud, is currently unknown, but he has even less time to prepare. The next round will be held this coming Friday, rather than Saturday.