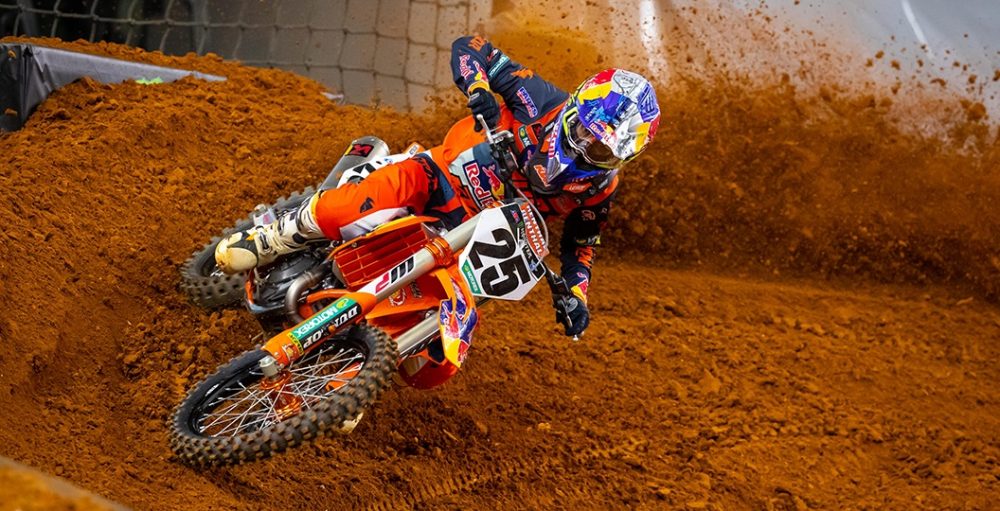 Footage of Marvin Musquin’s crash has finally surfaced, thanks to an unnamed source inside of AT&T Stadium. Watch the crash via the tweet below.

No one has seen the Musquin crash… Until now! Gnar. pic.twitter.com/vvQTijpyAD

Red Bull KTM Factory Racing’s Marvin Musquin has had a tricky time of it in 2021 Monster Energy Supercross, as there have been many highs and lows. The tenth round, Arlington 1, was a particular low point; he crashed out whilst running second in the heat race and appeared to be unconscious. Musquin has released the following update on his condition.

“Our day in Arlington started really good with grabbing the pole in practice. In the heat race, while I was running second, I hit natural on an on-off jump and went over the bars. Got a concussion, a few stitches in my and an overall really sore body.”

Although no significant injuries were sustained inside of AT&T Stadium, his status for Arlington 2 on Tuesday night will be determined by whether or not he can pass the concussion protocol. Further updates on Musquin will be published in due course.