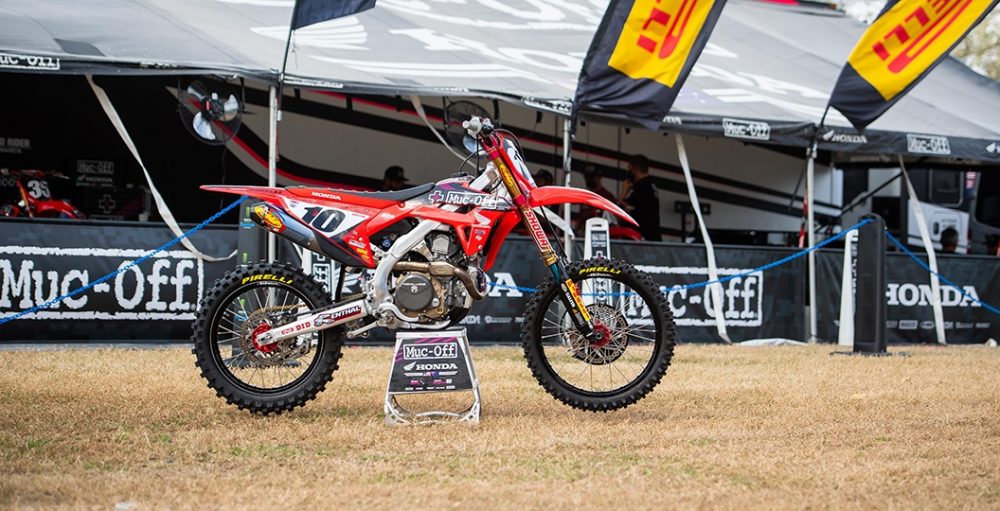 Justin Brayton has withdrawn from the eighth round of the 2021 Monster Energy Supercross series, Orlando 2, following a practice crash earlier this week. No significant injuries were sustained in the fall, but he’s just too beat up to compete inside of Camping World Stadium today. Brayton goes into more detail in the social-media statement below, which was released moments ago.

“Unfortunately won’t be lining up to race Orlando 2 tonight. Had a crash while practicing on Tuesday and although nothing is broke and I have no serious injuries I did hit my chest really hard and it’s just not possible with all the pushing and pulling motion we do for 20+ minutes during the race. I’ve been optimistic all week but it’s best to give it some time to rest. Wear chest protectors kids! See ya in Daytona!”

Brayton is currently eleventh in the premier-class championship standings, just 11 points down on Dylan Ferrandis in tenth. Mitchell Oldenburg, Brayton’s Muc-Off Honda teammate in 250SX East, will race the 450SX class at O2 today as a wildcard.