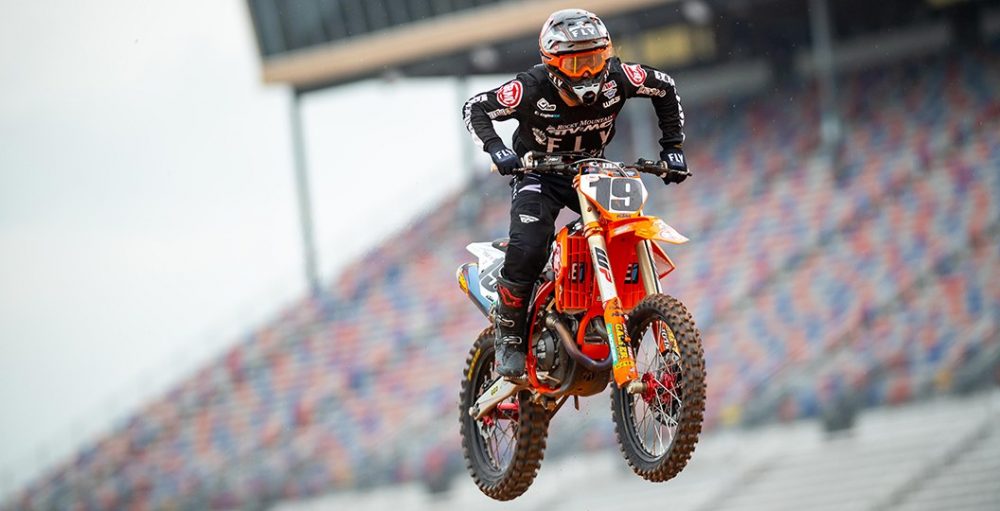 Rocky Mountain ATV/MC KTM’s Justin Bogle was gathering momentum at an impressive rate prior to his crash at Arlington 3 in March. That halted his momentum and, despite his best efforts to race at Atlanta 1 on Saturday, he has now been forced to settled down on the sidelines and focus on his recovery. The fact that Bogle tried to race with his long list of injuries is impressive in itself! Very few people would have even considered giving it a try.

“Went to ATL knowing it was going to be a long shot to race. I hadn’t been able to get on the bike since my crash at Dallas 3 which resulted in a separated shoulder, torn muscles in the shoulder, bruised lungs, and a pneumothorax. Gave it a shot in practice but it was not going to happen. Thank you to @TeamRMATVMC and all the sponsors we have for sticking behind me. I’ll keep doing all the PT I can to get back as soon as possible.”

Bogle is currently twentieth in the premier-class championship standings and has had two top-ten finishes this season; a ninth is his season-best finish. Bogle has also missed four events thus far.