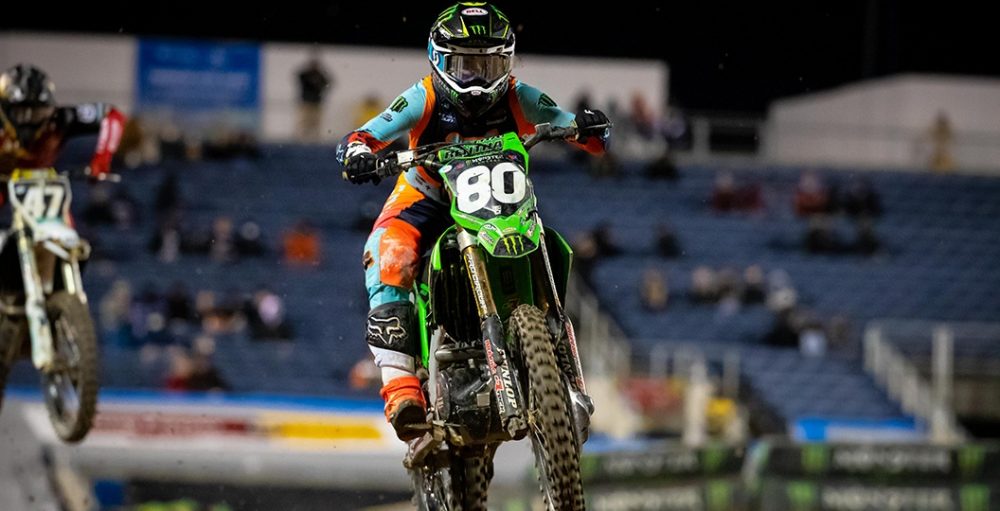 The eighth round of 2021 Monster Energy Supercross, run in Orlando, was particularly rough on the 250SX West riders. Countless riders crashed out in the main event – the first of the season for the division – and were ruled out of the title fight. Jordon Smith was one of those guys, although he has now confirmed that he is actually okay and will race the next round in Daytona. Smith released the following statement on his social media.

“Well tonight wasn’t what I was looking for obviously. I have had a lingering thumb injury entering the season and I just wanted to come in to the first round and be smart and build through the season. The whole day was going great until the strength in my thumb made my hand slip off going through the whoops. I’m bruised up but I’m going to go back and heal up and be ready for Daytona! Lots of positives still from the day and thanks to the entire @PCRaceTeam for all the hard work getting me to where I was! Get knocked down 99 times get back up 100.“

Smith was still credited with three points in the 250SX main, seeing as a handful of other riders withdrew before him, so he sits twentieth in the standings. This was actually Smith’s first race since Atlanta last season, which was 51 weeks ago.