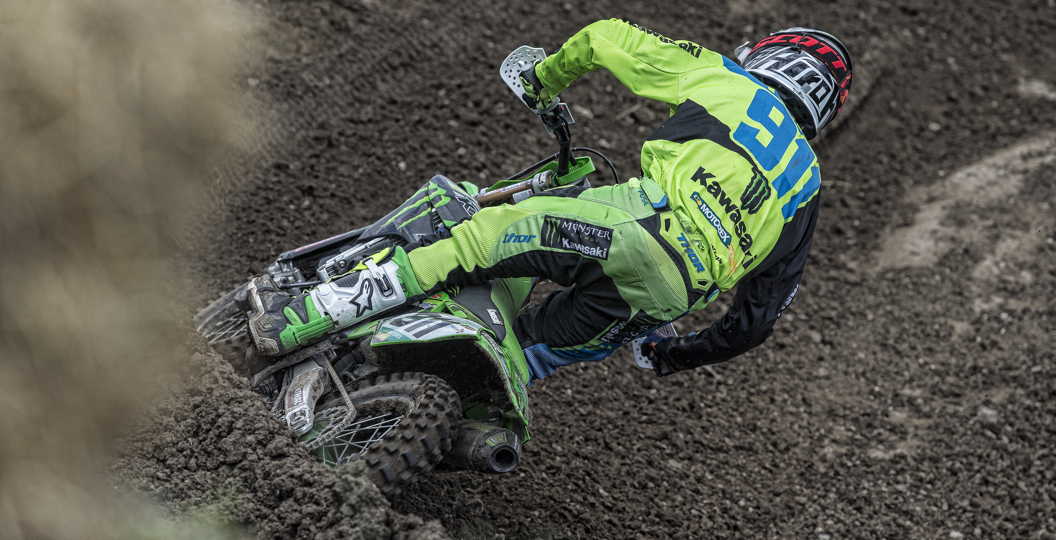 Where was Jordi Tixier in the second MXGP encounter at the Grand Prix of Germany? The Frenchman failed to start, following a hard hit in the first moto. Tixier was pushing the top ten at that point, which he has not done since the Grand Prix of Qatar in February, before being forced to withdraw. A hit to the head and painful wrist were the reasons for his absence.

“Feeling pain in the wrist and having taken a bang to the head, he withdrew from racing for the remainder of the weekend and returned to France for a thorough medical examination before his home GP next weekend,” a statement from the Monster Energy KRT team confirmed. There is currently no word on whether those examinations have uncovered any significant damage. Tixer did, however, state on social media that nothing is going to plan.

After missing three rounds earlier in the season with a knee injury, Jordi Tixier currently sits nineteenth in the series standings. His contract with Monster Energy KRT will expire at the end of the season.