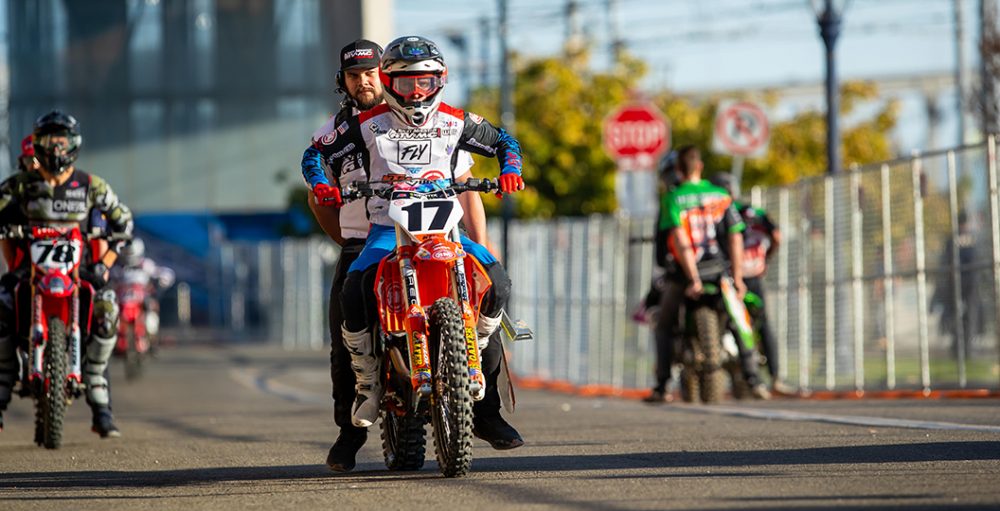 Joey Savatgy was arguably more than impressive than anyone else at the first round of 2022 Monster Energy Supercross, but a cruel bout of luck meant that his momentum reached an end there. A crash on the Tuesday following that event resulted in a torn ACL that he valiantly tried to fight through and did so well in Oakland, as he raced to eleventh. San Diego did not go quite as well – a crash in turn one of his heat race was too much for his weak knee to handle.

“Well, I tried. I love this job so much and sometimes it’s cruel. Trying to race and not being near 100% is not ideal, especially in this class. Yesterday was tough, with a track filled with right handers and some tough whoops the knee gave me all it could, but the crash in the heat was the final straw, so I’ve decided to get my knee fixed. Anyone who supports ‘Team 17’ I appreciate you more than you know, sometimes it feels like you keep getting punched in the face but this will pass. I will keep everyone updated as events happen. I will be back.”

Although it is not confirmed there, reports suggest that Savatgy is going to undergo surgery this week. If he does indeed go under the knife then it is likely that he will an overwhelming majority of the year – returning for the final rounds of 2022 Lucas Oil Pro Motocross would be most likely. Rocky Mountain ATV/MC KTM WPS still have two healthy riders, Max Anstie and Shane McElrath. The former is the best performer on the squad, as he sits twelfth in the championship standings.