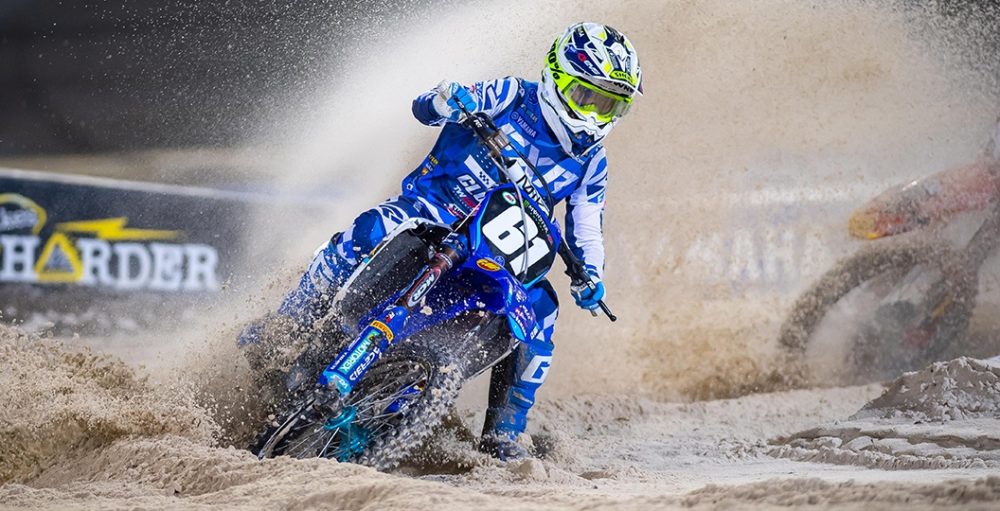 Joey Crown scared onlookers at round nine of 2021 Monster Energy Supercross, Daytona, as he crashed whilst leading the 250SX LCQ and was unconscious momentarily. The incident caused the race to be red flagged, but Crown did eventually walk off under his own power to a round of applause. Crown has shared an update on his social media channels.

“Well Daytona was a rough one, which most of you probably seen. Crashed hard on a section that was claiming people all day. Unfortunately going to have to miss some races and not sure when I may return but I’ll try to keep everyone updated. Thanks to all the people reaching out to me and sorry if I’m slow to respond.”

Crown has struggled with concussions in the past, so expect him to take all of the time that is necessary to make a full recovery. Crown did have a solid result at the season opener, Orlando 2, as he raced to thirteenth in the 250SX West main event.