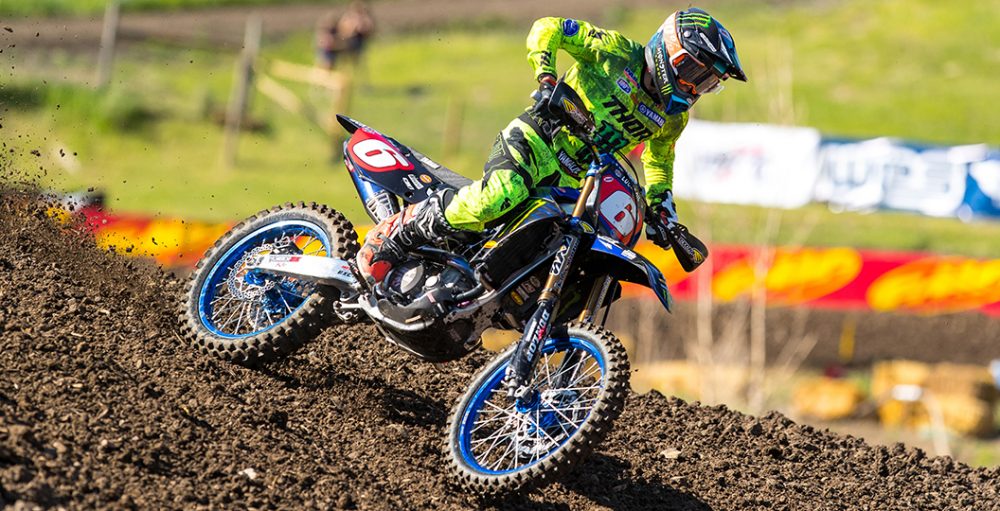 Jeremy Martin missed the entire 2021 Monster Energy Supercross season, to recover from injuries sustained at round one, and was still feeling the impact of that when gates dropped on 2021 Lucas Oil Pro Motocross. Martin is currently fighting a fractured scaphoid, as well as a weak shoulder that has not yet been operated on. A crash in the second moto at Thunder Valley left him in more pain though and it now seems as though he has opted to exit the series to allow those injuries to heal.

“Really bummed about my second moto crash yesterday. Hit a soft spot when I landed off a jump and the front end just knifed on me. I’ve been managing a left fractured wrist to the scaphoid for months and a bum left shoulder. I still felt like I could be competitive to win races and contend for this outdoor championship. Unfortunately stuff happens and it’s time to get healthy!”

Martin is still actually in the title battle, despite not scoring points in one of the four motos that has been run this year, as he is just 18 points down on the current series leader in 250MX. It is by no means a lost cause. Opting to get healthy now would allow him to rest up in time for 2022 Monster Energy Supercross though.