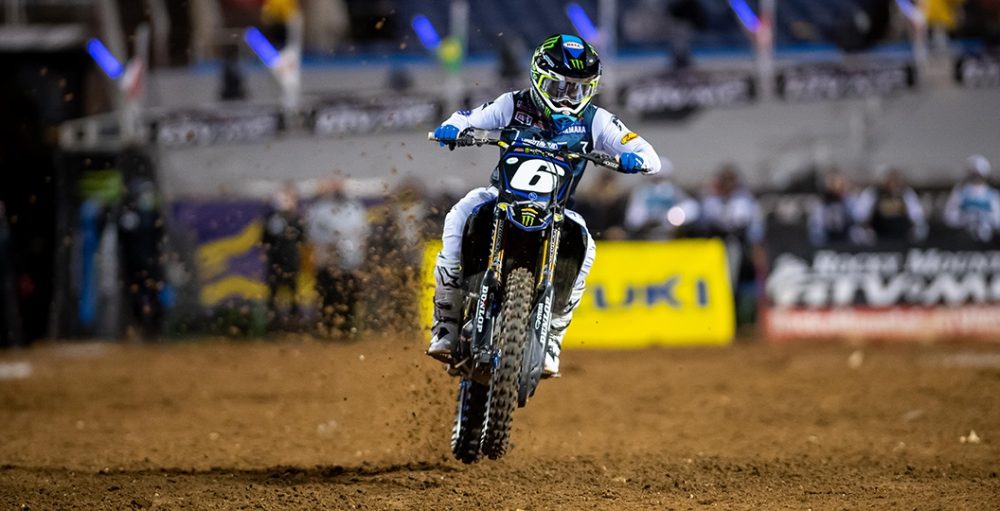 Almost a week on from his crash at round eight of 2021 Monster Energy Supercross, Orlando, Jeremy Martin has spoken out about the shoulder injury that he sustained inside of Camping World Stadium. Martin dislocated his shoulder as expected, but returning at the next round in Florida is out of the question at this point. That is confirmed via Martin’s social media excerpt below.

“Many of you saw the big crash I was involved in off the start in Orlando. Unfortunately, it left me with a dislocated left shoulder. I got an MRI on Monday and have had some really good conversations with some good doctors about what’s the best plan for my return. At this early stage, IDK [sic] when I’ll be back yet. I just wanted to say thank you to everyone who reached out to me. I really appreciate the support.”

Monster Energy Star Racing Yamaha has not yet commented on the injury but will continue to be represented in 250SX West by Justin Cooper, Jarrett Frye and Nate Thrasher. The other Martin brother, Alex, recently spoke out about the concussion that he suffered at Orlando 2 and confirmed that he would strive to race in Daytona.