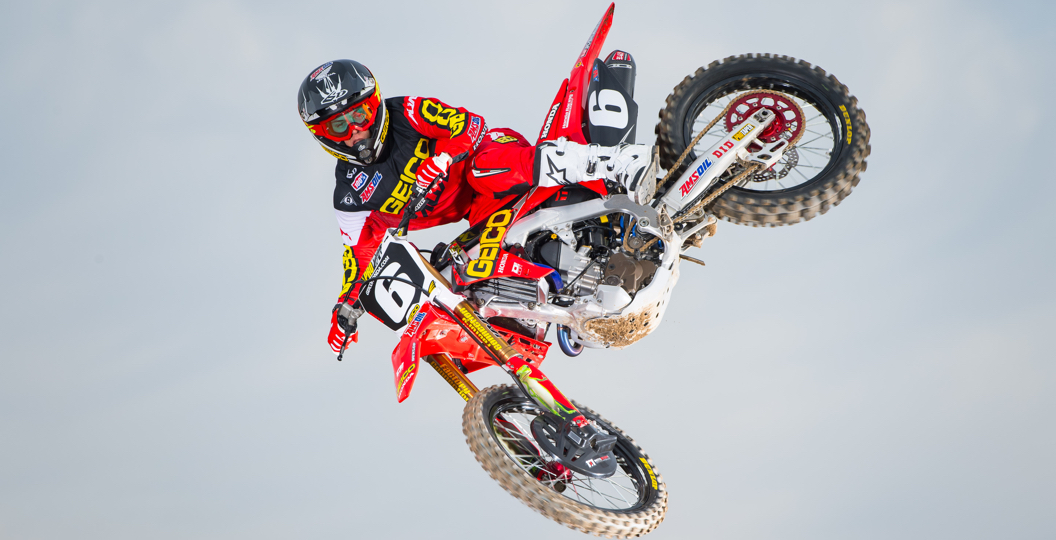 Jeremy Martin has, quite simply, had an awful supercross season, but it was hoped that his podium finish in Daytona would give him some momentum to build off of at the final three 250SX West rounds. All of that came crashing down last week, however, when he ejected from his machine whilst testing for the outdoors.

Although it seems that no injuries were sustained, the fall will rule him out of Seattle this weekend. “Unfortunately due to a really bad get off last week on the outdoor track I won’t be lining up at Seattle SX this weekend,” he wrote on Instagram. “I have my eyes set on Salt Lake City SX. I had to jump through the bars and I’m really sore. This is a big bummer for myself and the whole @FCHonda @Honda_Powersports_US crew.“

Martin currently sits ninth in the 250SX West standings, with a season-best finish of sixth. He achieved that at Anaheim 1 and in Arlington.