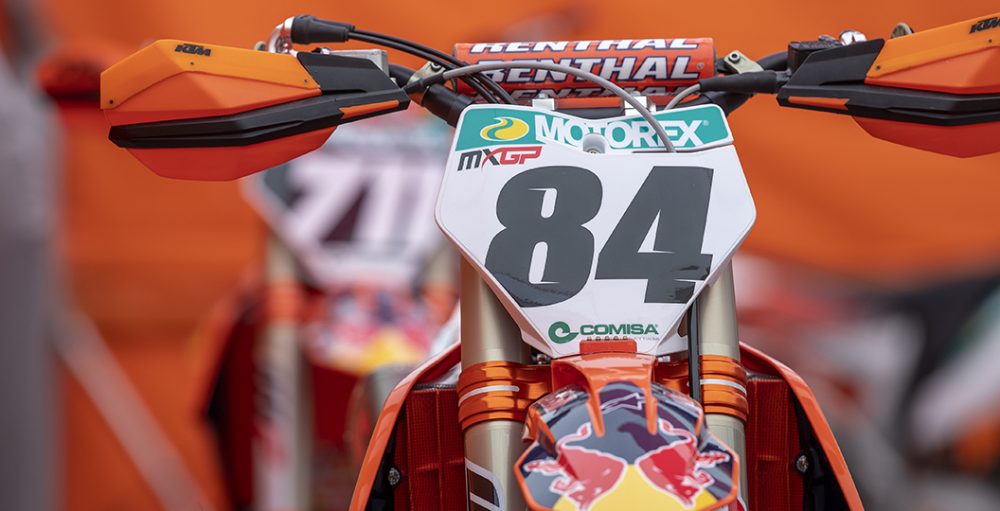 Red Bull KTM Factory Racing’s Jeffrey Herlings was landed on during the first moto at the fourth round of the 2021 FIM Motocross World Championship, and suffered a shoulder injury that ruled him out of moto two. All Herlings updates will be added to this page whenever available.

Another extract from Jeffrey Herlings, this time via Red Bull KTM Factory Racing. This actually seems quite promising, no? The scan tomorrow will certainly be telling. The lack of pain, when not riding his KTM 450 SX-F at least, is a positive sign.

“What can I say about today? I had high hopes and wanted 1-1. I had a great start in the first moto but the start device did not disengage immediately up the hill and I did not jump as far as I usually do out of the waves. The rest is history. I had a lot of pain but thought I’d keep going to try and get fourth or fifth. I saw I was still able to catch the guys so I started passing them even though I could barely hold on for the last three laps. I have a small crack in my shoulder blade and I still don’t know how bad it is. We had a scan and it doesn’t seem too bad. I don’t have any pain now but racing a dirt bike is a different story. We’ll have another check tomorrow.”

Jeffrey Herlings has already released a statement on both the incident, involving Ivo Monticelli, and his injury. Read on for his extract from social media.

“I got no words for this. I played it so smart this year, I took 0 risk and did everything according to plan this season. I was almost in the championship lead and then this… What was he thinking?? I can’t believe I still won the moto with a broken shoulderplate. The pain was unreal, I had tears in my eyes the whole moto from the pain. I’m so sorry for my great team, @KTMFactoryRacing, I am so gutted. The bike was once again [rocket emoji]. Tomorrow we’ll check further how bad the damage is and when we will be able to return to racing. Thanks to my sponsors for keep believing in me. Had to dig deep for this one. Thanks.”

MX Vice has learnt from multiple sources that Jeffrey Herlings will not start the second moto at the Grand Prix of The Netherlands, after getting landed on by Ivo Monticelli in moto one. Herlings went on to win the moto but was in obvious discomfort both during and after the race.

Herlings sustained some shoulder damage but specific details are not yet known. It is thought that he has damaged, possibly broken, his shoulder blade. His status for next weekend’s MXGP of Czech Republic is also unknown.

This is a breaking news story and will be updated in due course.