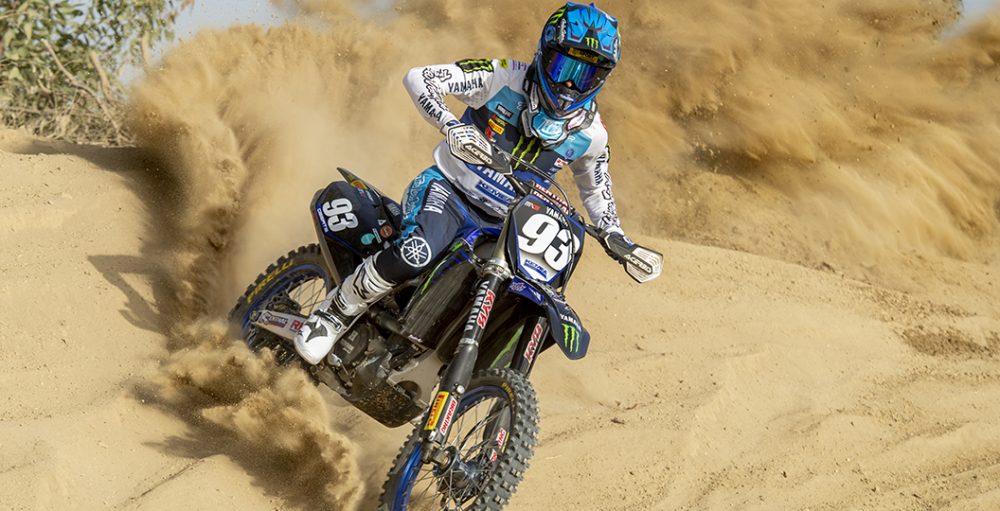 Old habits die hard, it would seem, as Jago Geerts crashed at the final pre-season event in France last weekend and twisted his knee. A local newspaper in Belgium confirmed that Geerts would not actually race in Russia – that has now proven to be false though. Monster Energy Yamaha Factory MX2 just confirmed that Geerts will ride in Russia, in an attempt to salvage as many points as possible, via the statement below.

“The 21-year-old Belgian has suffered a minor setback after he twisted his left knee during a pre-season event in France last weekend. Still, following much thought and a detailed medical examination, the ’93’ has decided to race and collect as many points as possible at the Orlyonok Circuit – the same venue at which he won his first world title, the 2016 FIM Junior 125cc Motocross World Championship.”

Geerts was second in the MX2 title fight a year ago, 80 points down on Tom Vialle who will remain in the class for another year. Geerts actually started the season strong and was only three points down after round six – things started to spiral out of control after that though. Maxime Renaux and Thibault Benistant will join Geerts under the official Yamaha MX2 awning this season.