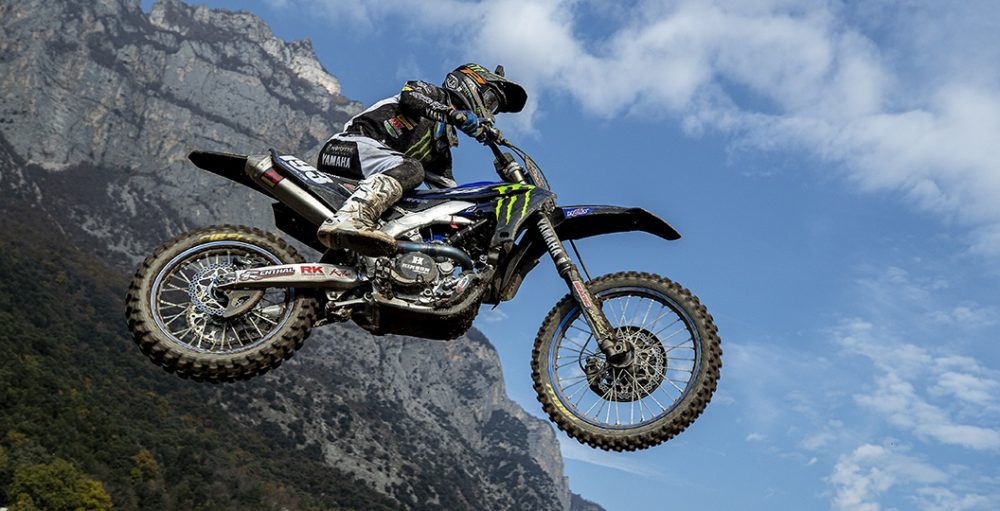 Jago Geerts had a particularly hard hit in the second moto at the Grand Prix of Garda-Trentino and did not rejoin the race. Geerts was taken over to the medical centre instead, as it was feared that he had suffered a dislocated shoulder. It turns out that he had fractured the shoulder, rather than dislocating it, though. Geerts confirmed the news in the following statement.

“Hey guys. Here a short update to reassure everyone. At first, we thought that my left shoulder was dislocated. After x-rays it turned out I have a fracture in the top of the shoulder. The fracture is painful so I will have to grit my teeth. We left immediately with the mobile home and hope to arrive in the hospital of Herentals, Belgium, tomorrow morning for further examination. Keep you posted.“

Geerts ended second in the MX2 championship standings, 98 points ahead of the rider in third. Six Grand Prix wins were acquired across the season, as well as 14 moto wins. Geerts will return to fight for the MX2 title with Monster Energy Yamaha Factory MX2 in 2021.