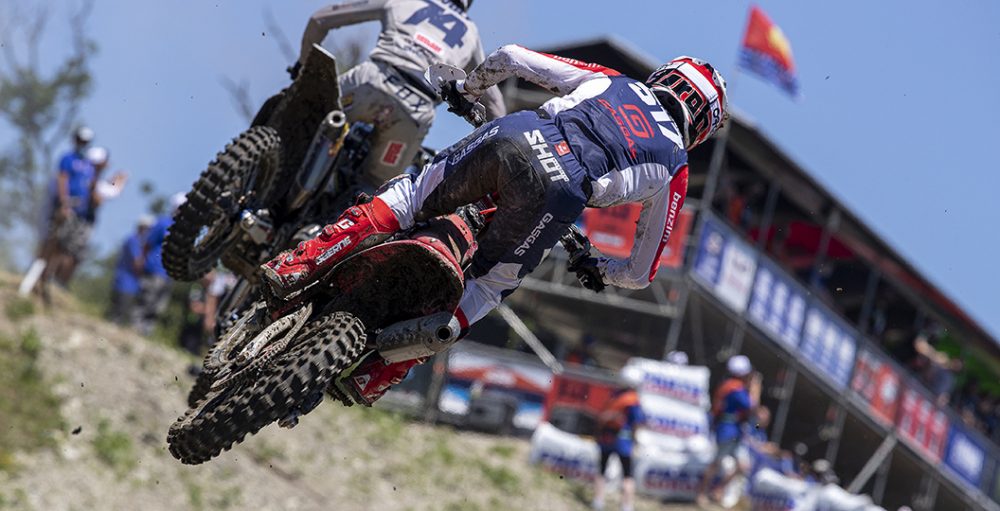 Isak Gifting, who is racing in the full FIM Motocross World Championship for the first time this year, entered the Grand Prix of Russia with some hype and attention behind him. Unfortunately, the event was simply a disaster as he exited with just one point after getting landed on. To make matters worse, if that is even possible, he entered the event nursing a foot injury. Gifting provided a full rundown of his condition in the following statement.

“I’m sorry for being silent this last week, been a tough one. Just a few days before the start of the GPs in Russia I had a crash and hit my foot. The MRI scan showed three fractures and a torn ligament, felt somehow not too bad so decided to race. Weekend went shit with me going down in both motos, really hard in the second one. Fortunately I am fine.

“I’m now back in Sweden, checking up my foot further and it seems like some of my injuries could possibly be old. Not 100% but anyhow it feels a lot more positive now then before Russia. This is not the start I wanted and I will do everything I can to turn it around for the next round in the UK. Thanks for all the messages and support!”

Racing at the Grand Prix of Great Britain does not appear to be in question for Gifting, which is a minor miracle after all that he has been through in the last ten days. His teammate on Diga Procross GASGAS Factory Racing, Simon Langenfelder, finished in ninth overall, in what was just his eighth Grand Prix. GASGAS currently sit sixth in the MX2 manufacturer standings.