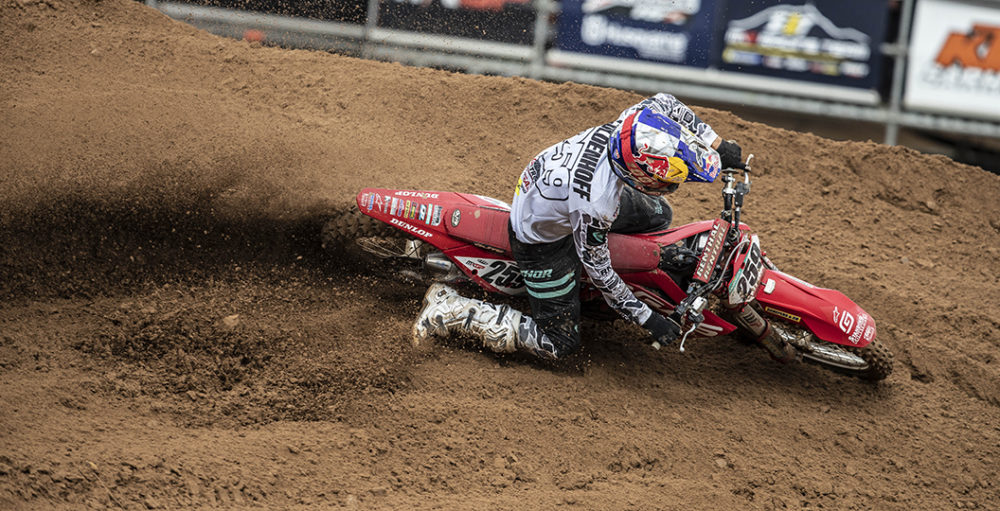 If one is looking for an example of the highs and lows of being a professional motocross athlete, just point to the last four days that Glenn Coldenhoff has had. Coldenhoff grabbed a Grand Prix win at round three of the current campaign and catapulted himself into title contention, then crashed out of round four just days later. There was initially concern over his health, but he’ll go and get checked out before Sunday. Coldenhoff released the following statement via GASGAS.

“Sometimes you win, sometimes you lose! This is motocross and it’s not always easy. Of course, after last weekend’s result it’s been a disappointing end to today’s GP, but my first race was ok. Finishing seventh after a big battle for much of the race was good, but not where I wanted to be. The second race didn’t begin so well, which was my fault, but I felt good right from the first lap, fit and strong and ready to battle. I was passing riders quickly but maybe I got a little too impatient and crashed into someone. I went down pretty hard and winded myself. I managed to re-join the race but after a few laps I was in more and more pain, so I had to pull out as I knew something wasn’t right. I’ll get checked out and I’ll be doing everything I can to be ready for round five on Sunday.”

The DNF in the second moto has pushed Glenn Coldenhoff down to sixth in the premier-class standings, 53 points down on the current series leader. Coldenhoff is expected to be fine to race on Sunday, however, as he was seen hanging around the paddock on Wednesday evening in a fairly relaxed manner.