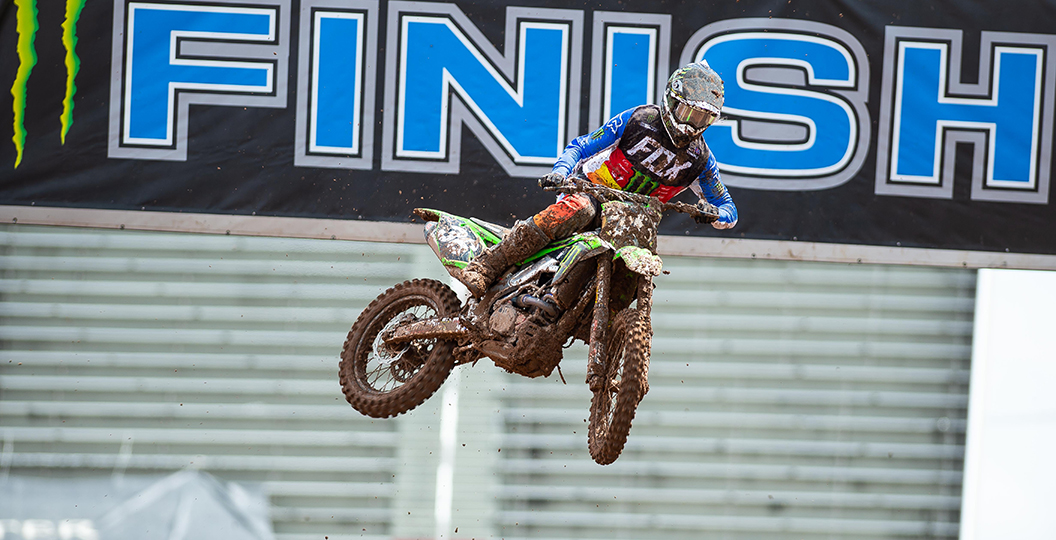 There is always concern whenever a red flag is thrown in Monster Energy Supercross, which is why most have been desperate for an update on Garrett Marchbanks’ condition following the 250SX main at Salt Lake City. Kawasaki have dropped the following statement now, which contains mostly positive news.

SALT LAKE CITY (June 8, 2020) – Monster Energy Pro Circuit Kawasaki’s Garrett Marchbanks started round 13 with a solid heat race finish inside Rice-Eccles Stadium, but the tricky track conditions due to rain collected the Utah native and forced him to end the night early. Marchbanks was sent to the hospital for evaluation on his ribs and will now have a week and a half off before the Eastern Regional 250SX championship resumes on June 17.

Zach White (R&D Manager): “Garrett was riding well and had a good heat race so it was tough to see him get hurt. He stayed overnight in the hospital for observation on a bruised lung and will hopefully have some good news soon.”