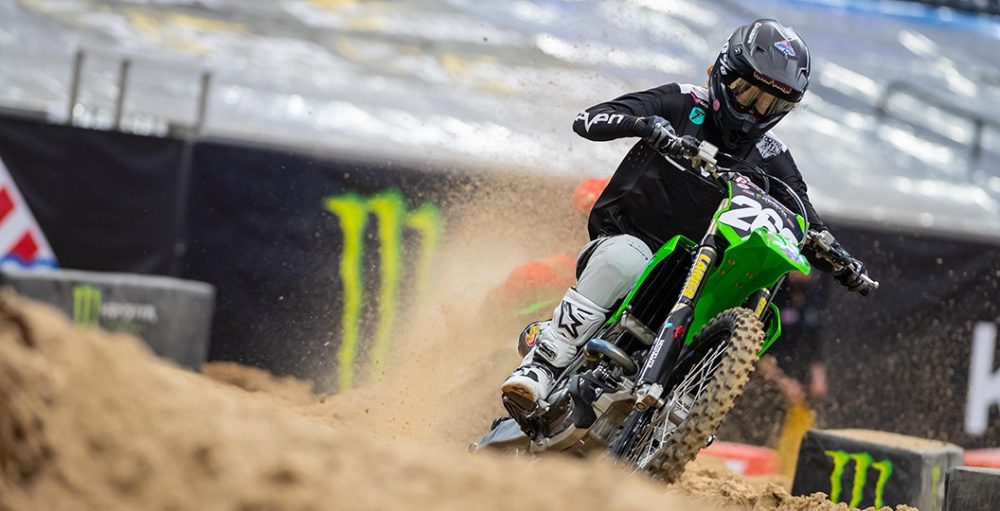 Dylan Woodcock has posted a small update on social media, which contains positive news. #260’s latest update can be found below.

“Little update. The feeling in my legs is slowly starting to come back – I took my first steps today. They maybe little but it felt amazing. Still struggling with feeling in my feet and my back is broken, but it could be worse. Smiling from ear to ear so it’s all positive.”

Dylan Woodcock had become a main event regular in 2021 Monster Energy Supercross, but saw that streak come to an end after a vicious crash in his heat at Houston 3. Woodcock had already worked up from outside of the top ten into a transfer position and was gunning for eighth at the time of the incident. After being taken away on a stretcher, Woodcock shared the following statement.

“Gutted I’m writing this post, My rear-end skipped out and I tried to keep it wide open but ended up landing on my bum from being fifth gear in the whoops to a dead stop. I have had a lot of pain in my back and numbness in my legs and feet, pretty scary right now but I’m still smiling and taking the positives from this all in the hospital. Thanks for all the messages and everyone for the support I’m sure I’ll bounce back better then ever.”

A nineteenth at the second round was Woodcock’s season-best finish. Although that statement is rather scary, the final sentence gives hope that he’ll make a full recovery.